Today we have decided to share this extraordinary collection of color photographs taken between 1909 and 1912 in Russia. In those years, photographer Sergei Mikhailovich Prokudin-Gorskii (1863-1944) undertook a photographic survey of the Russian Empire with the support of Tsar Nicholas II. He used a specialized camera to capture three black and white images in fairly quick succession, using red, green, and blue filters, allowing them to later be recombined and projected with filtered lanterns to show near true color images.

The high quality of the images, combined with the bright colors, makes it difficult for viewers to believe that they are looking 100 years back in time – when these photographs were taken, neither the Russian Revolution nor World War I had yet begun. Collected here are a few of the hundreds of color images made available by the Library of Congress, which purchased the original glass plates back in 1948. 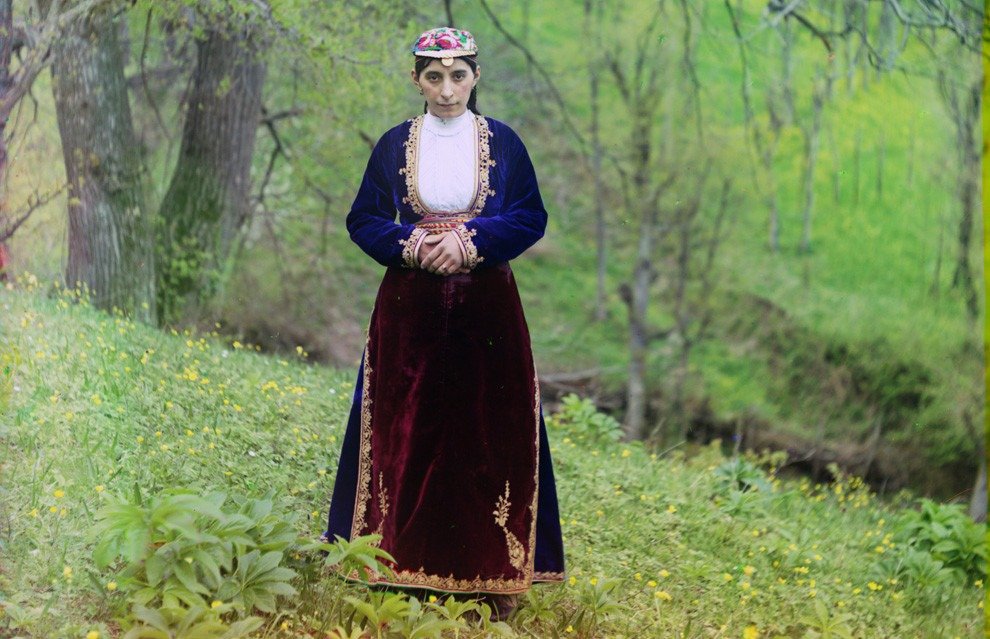 An Armenian woman in national costume poses for Prokudin-Gorskii on a hillside near Artvin (in present day Turkey), 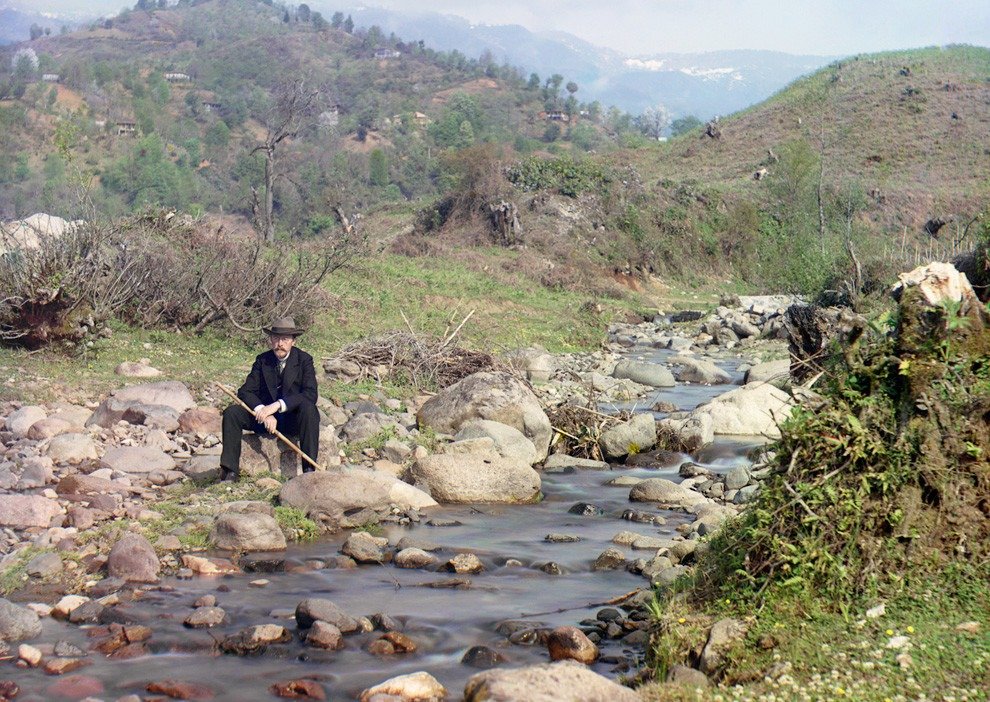 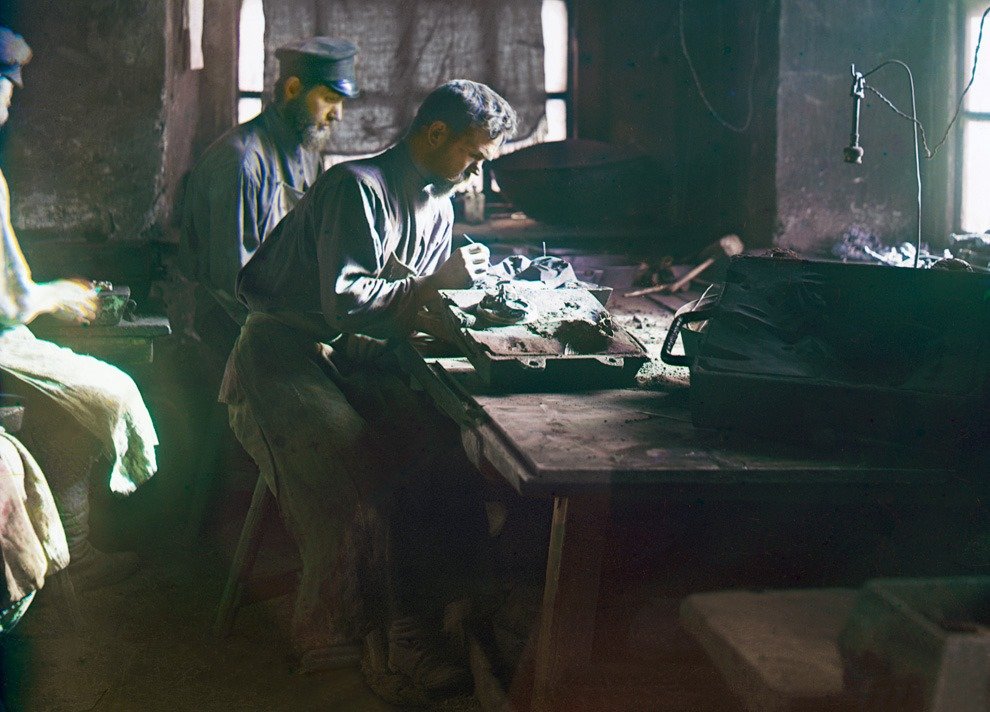 Molding of an artistic casting (Kasli Iron Works), 1910. From the album “Views in the Ural Mountains, survey of industrial area, Russian Empire” 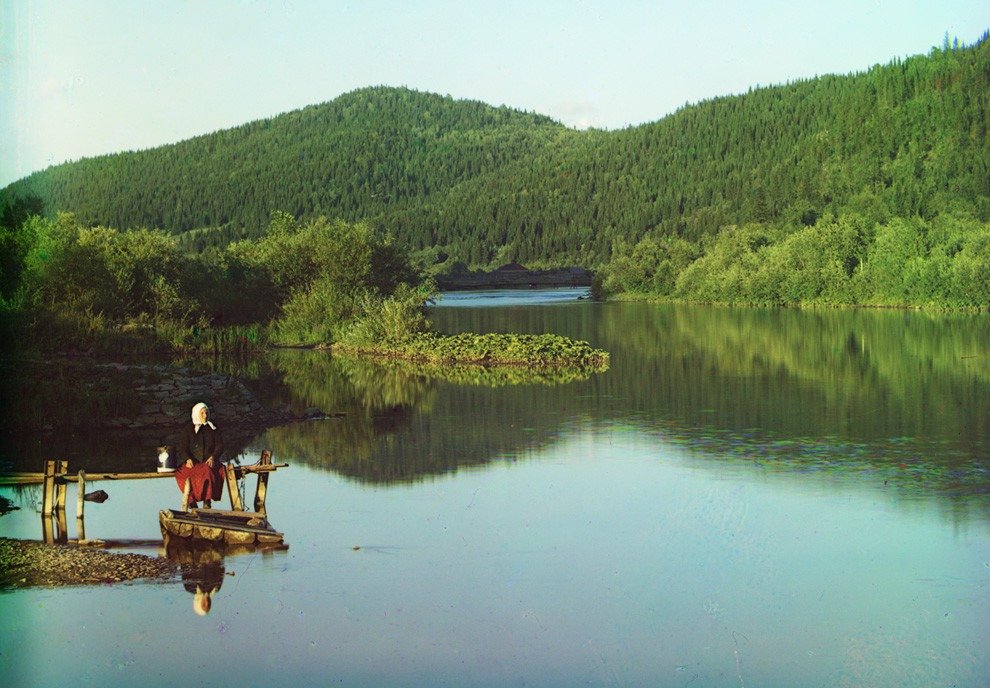 A woman is seated in a calm spot on the Sim River, part of the Volga watershed in 1910. 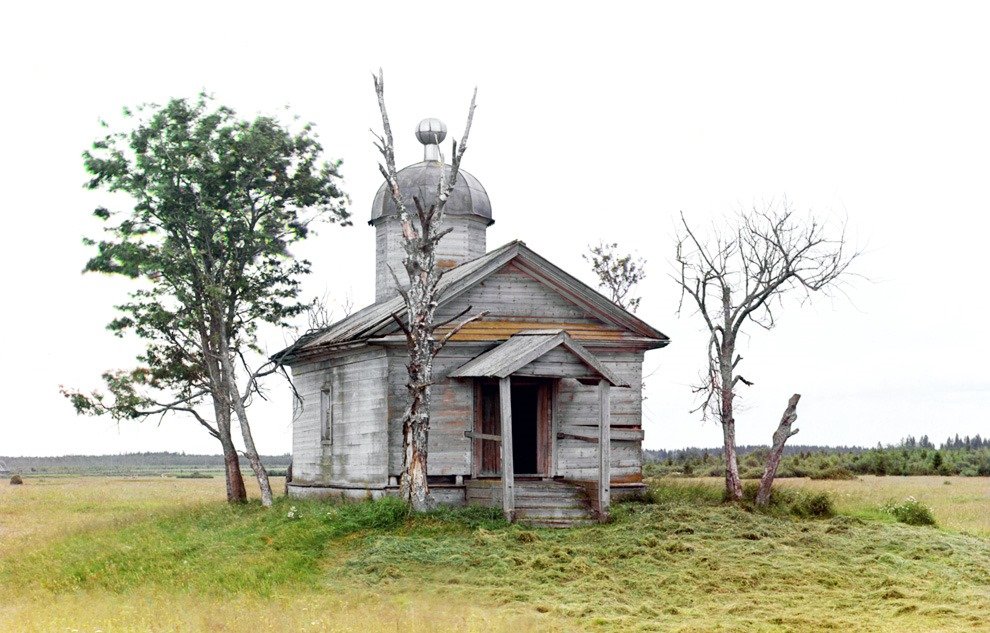 A chapel sits on the site where the city of Belozersk was founded in ancient times, photographed in 1909. 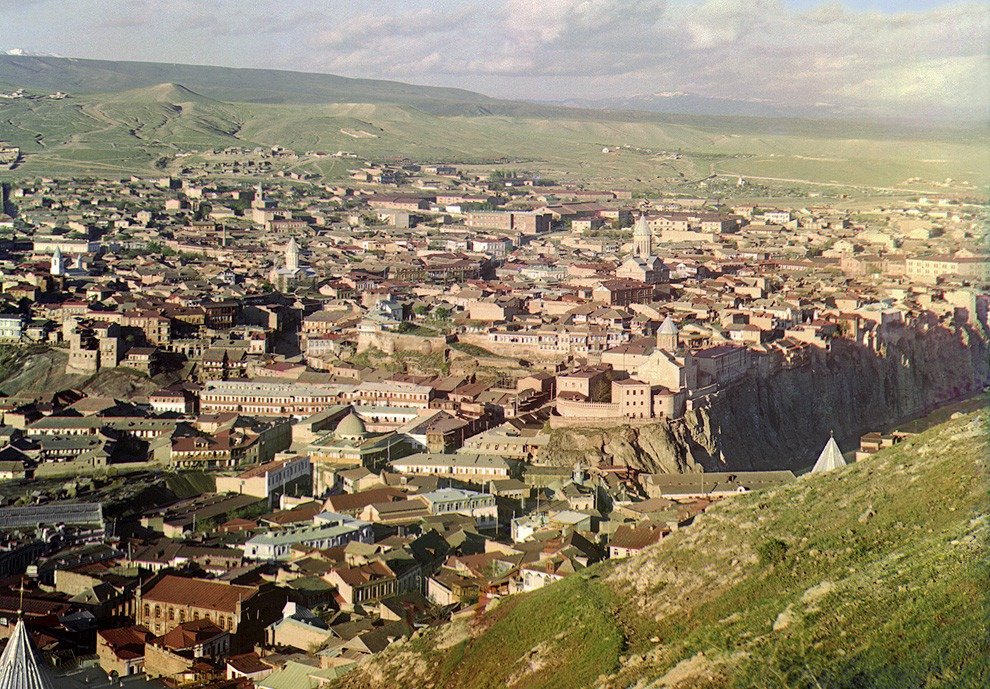 View of Tiflis (Tblisi), Georgia from the grounds of Saint David Church, ca. 1910. 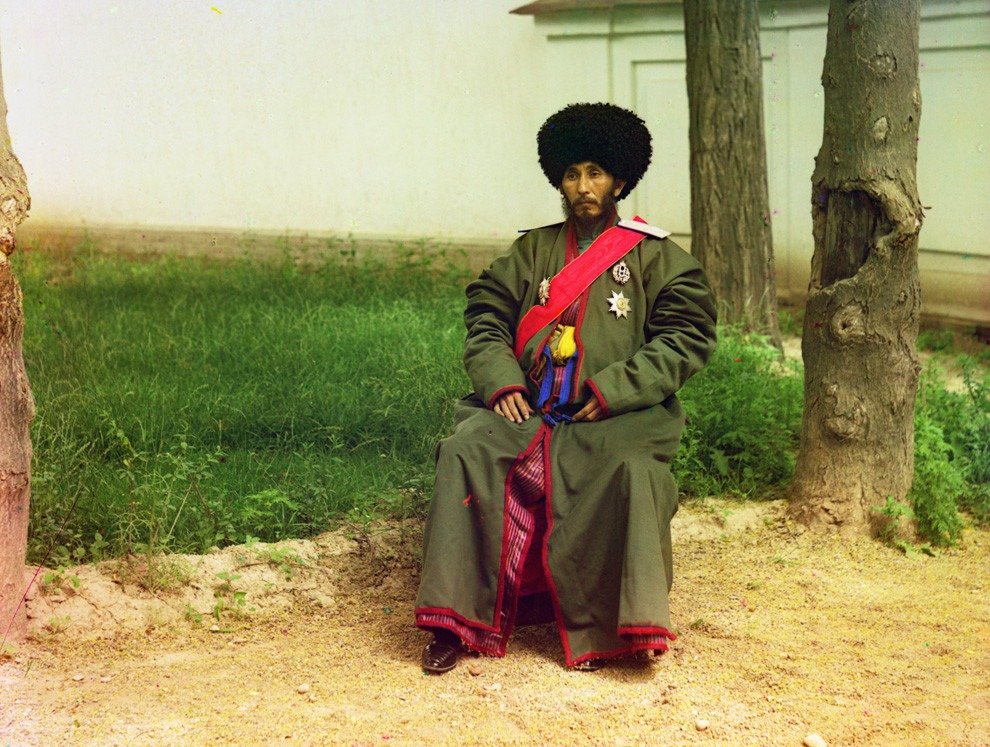 Isfandiyar Jurji Bahadur, Khan of the Russian protectorate of Khorezm (Khiva, now a part of modern Uzbekistan), full-length portrait, seated outdoors, ca. 1910. This photo would have been taken near the start of his reign in 1910, when he was 39 years old. He ruled Khorezm until his death in 1918. 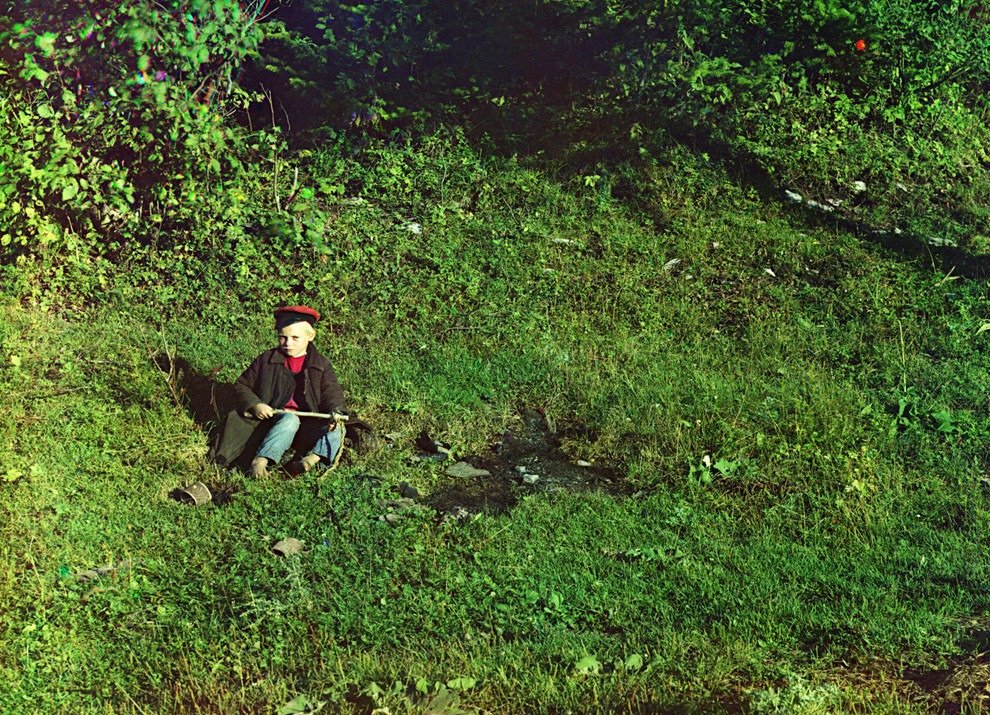 On the Sim River, a shepherd boy. Photo taken in 1910, from the album “Views in the Ural Mountains, survey of industrial area, Russian Empire”. 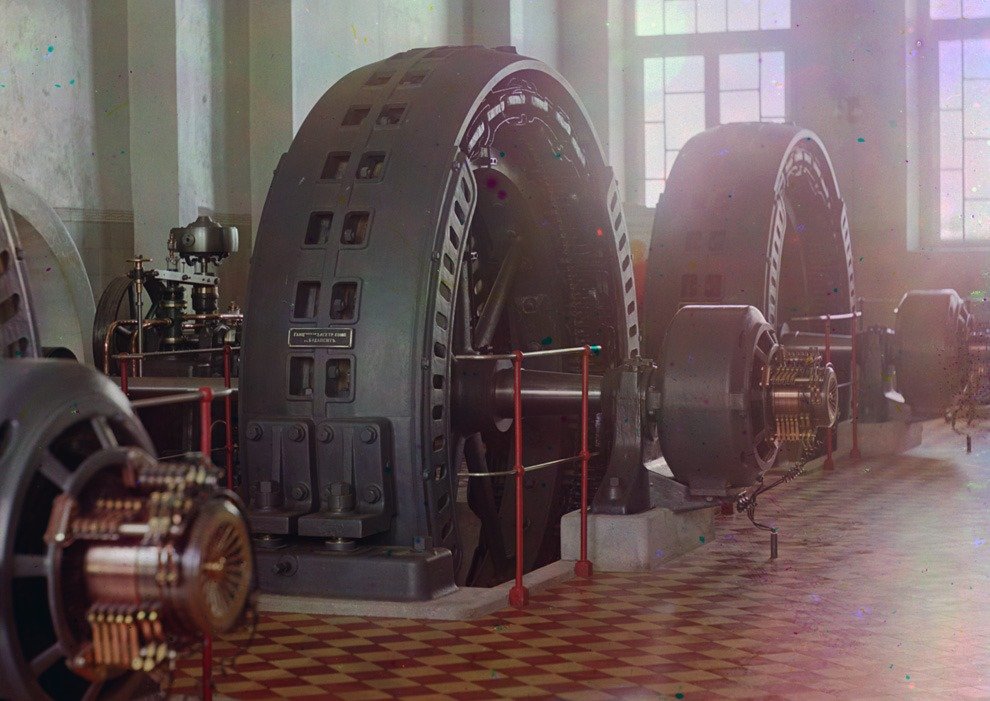 Alternators made in Budapest, Hungary, in the power generating hall of a hydroelectric station in Iolotan (Eloten), Turkmenistan, on the Murghab River, ca. 1910. 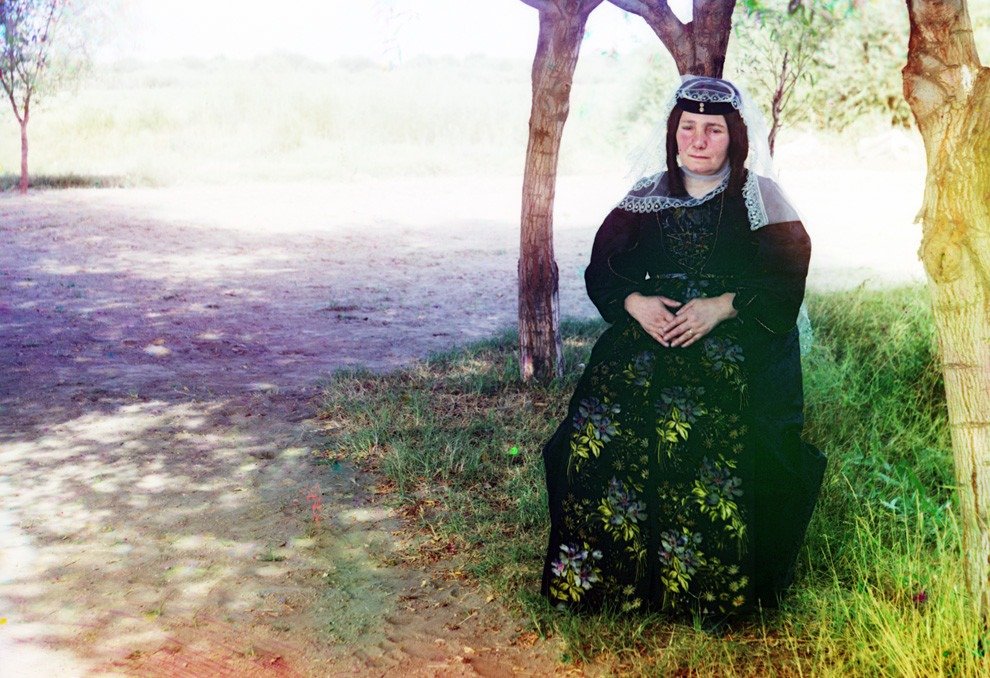 A Georgian woman poses for a photograph, ca. 1910. 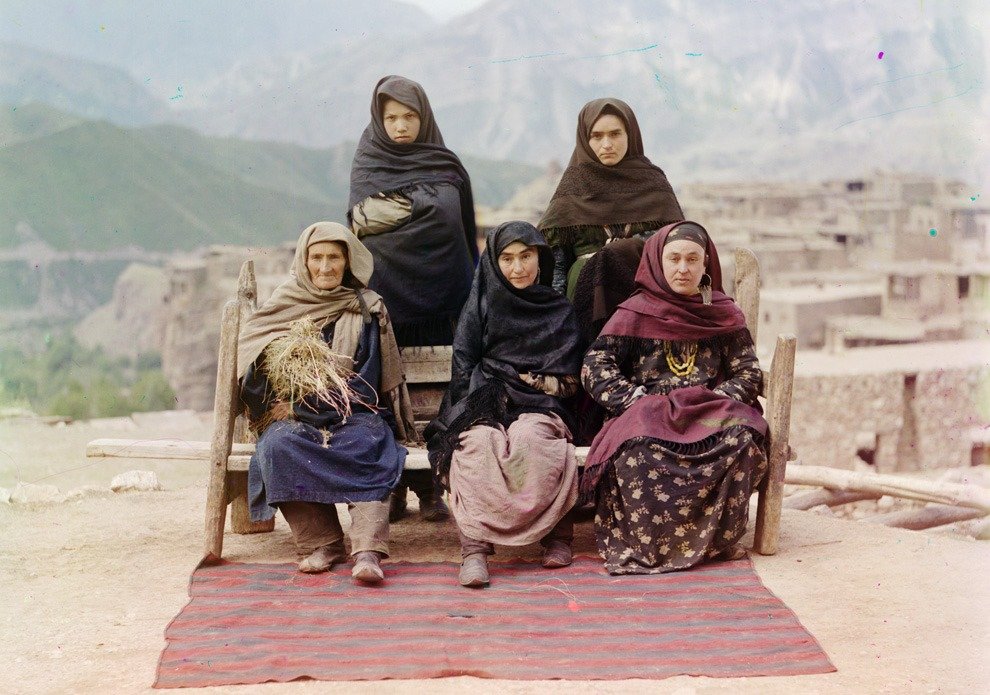 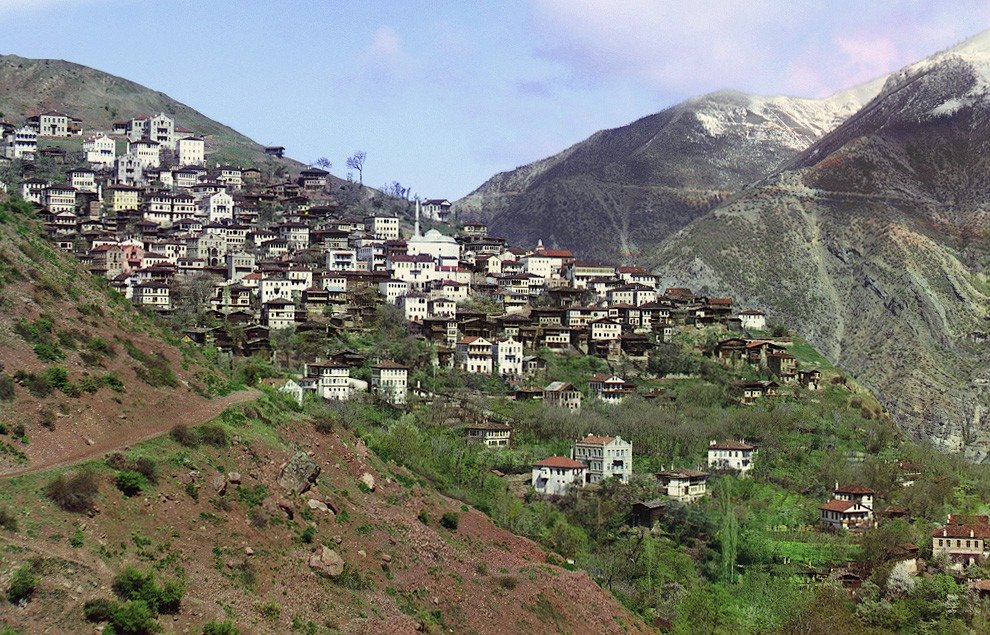 General view of Artvin (now in Turkey) from the small town of Svet, ca. 1910. 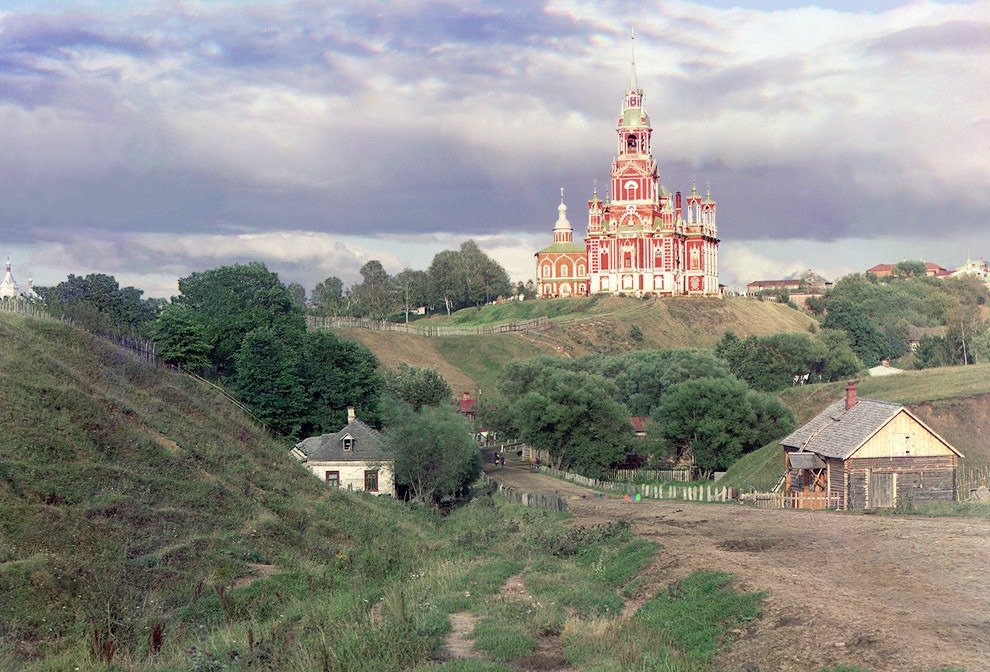 General view of the Nikolaevskii Cathedral from southwest in Mozhaisk in 1911. 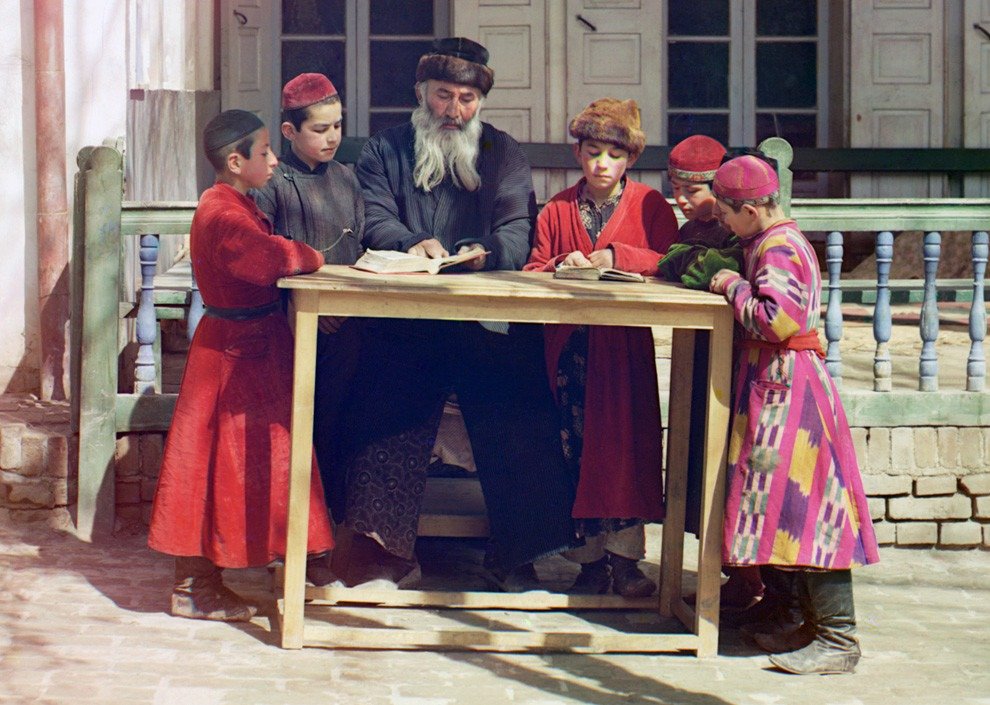 A group of Jewish children with a teacher in Samarkand, (in modern Uzbekistan), ca. 1910. 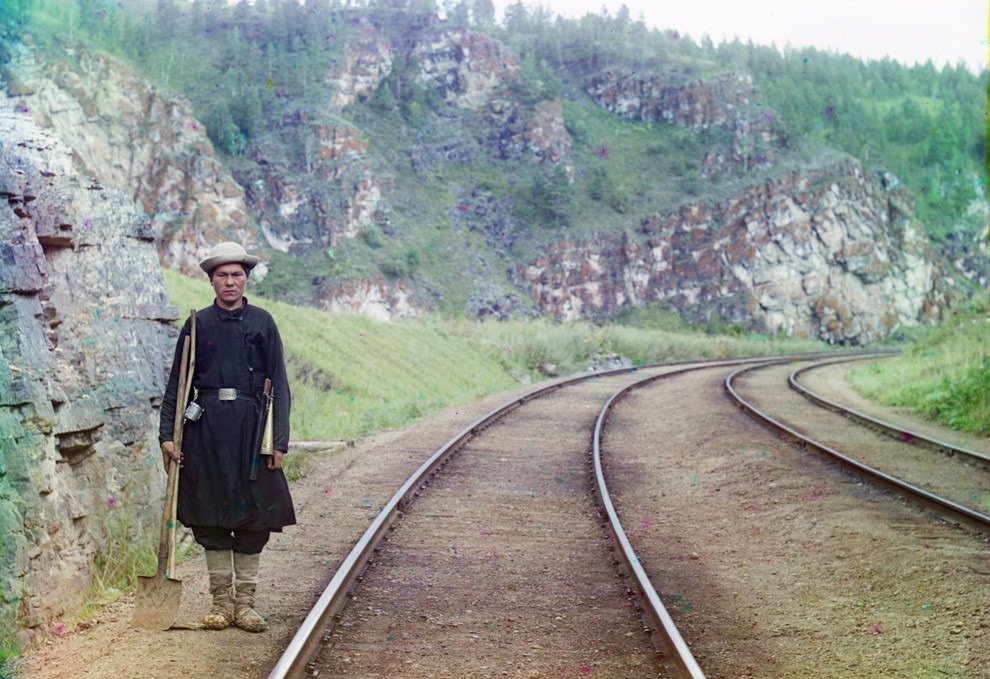 A switch operator poses on the Trans-Siberian Railroad, near the town of Ust Katav on the Yuryuzan River in 1910.

Is The Color Pink In The Rainbow?

Read More
FFacts
Here are this week’s Life Pro Tips. 1. Every 2-3 years, look at your house as if you…

Read More
FFacts
Officially nicknamed the “The First State” but also referred to as “The Diamond State”, the “Blue Hen State”…

Read More
FFacts
The Moon has always fascinated people whenever they look up at the night sky. As the Earth’s closest…

Read More
FFacts
Here are 50 Facts About Cruel Dictators. We haven’t included Adolf Hitler in the list because we have…