A Brief History Of Nerf

Nerf is a well-known children’s toy brand across the world.

It is mostly known for its foam-shooting blasters that have been around since the late 1980s.

But where did it all begin and how did they take over the toy market?

Here is a brief history of Nerf. 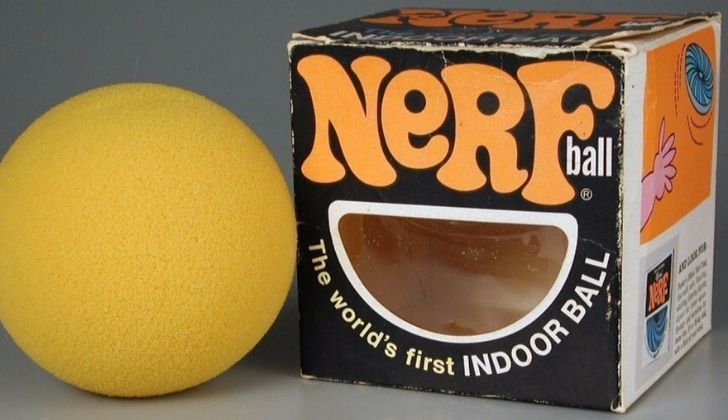 Nerf started life as a football game in 1969, designed by a games inventor based in Minnesota, USA.

Parker Brothers were not interested in the game; however, they were impressed with the ball.

Guyer had invented a 4-inch (10 cm) polyurethane foam ball which was suitable to use indoors as it was soft and would not break anything.

Parker Brothers saw potential with this and in 1970 decided to market the ball as “Nerf ball”, the world’s first indoor ball.

Their marketing slogan for the Nerf ball was; “Throw it indoors; you can’t damage lamps or break windows. You can’t hurt babies or old people.”

The ball became a popular toy as it fulfilled the need for children to be able to play indoors without damaging items or injuring family.

By the end of its first year, over four million Nerf balls had been sold.

Following the success, in 1972 the “Super Nerf Ball” was released as well as products such as “Nerfoop”, a basketball game using the Super Nerf Ball.

The word “Nerf” is a slang term used in the sport of off-roading. 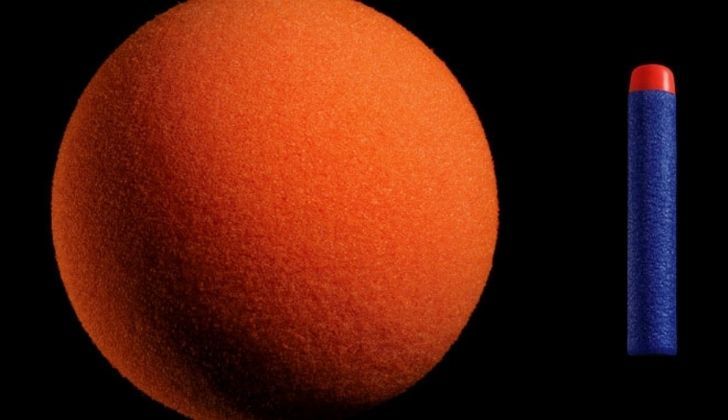 The history behind the name Nerf is very simple.

The ball that Guyer designed was made from polyurethane foam.

Nerf is a slang term used by the off-roading community to describe the foam padding that is used in the sport.

Non-Expanding Recreational Foam (NERF) is wrapped around the support bars used in off-roading to stop damage to the cars, they are known as Nerf bars.

So the name of the ball became Nerf, after its material similarities used in equipment for off-roading.

The first Nerf gun was launched in 1989, 20 years after the company was founded. 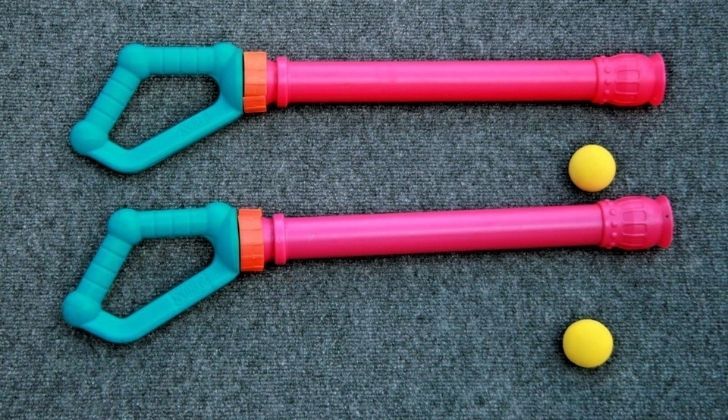 Although Nerf is most famous for its blasters and guns, it didn’t start producing them until 1989.

It was the first handheld foam weapon designed by Nerf that used a pump-action to shoot the ball.

One year later Nerf released its upgrade, the “Blast-a-Matic” and this was the beginning of Nerf guns.

1991 saw the release of the Bow ‘n’ Arrow, Nerf’s first gun to shoot arrows and the first of its kind to resemble a bow.

The first series of Nerf blasters to be released were branded as “Original Nerf”, however, this was changed in 1994.

In 1994 Original Nerf was discontinued and the new branding for the guns was called “Nerf Action”.

Nerf has categorized each series of guns by a different name to help define each series in the Nerf range.

In the 1990s Nerf was taken over by multiple toy manufacturers. 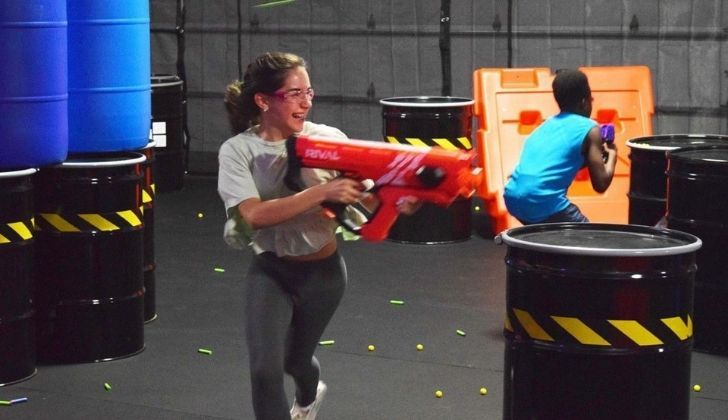 It was until the late 1990s to early 2000s that Hasbro fully acquired the Nerf brand.

It was initially set up by Parker Brother in 1969 and then handed to its sister company Kenner Products in 1991.

Throughout the 1990s Nerf was passed between sub-companies in the toy industry such as OddzOn and Larami before Hasbro took over the market.

In the early 2000s, Hasbro has acquired the majority of toy manufacturers on the market and through this, they acquired the Nerf brand.

In 2013 Nerf released its first line of products aimed at girls. 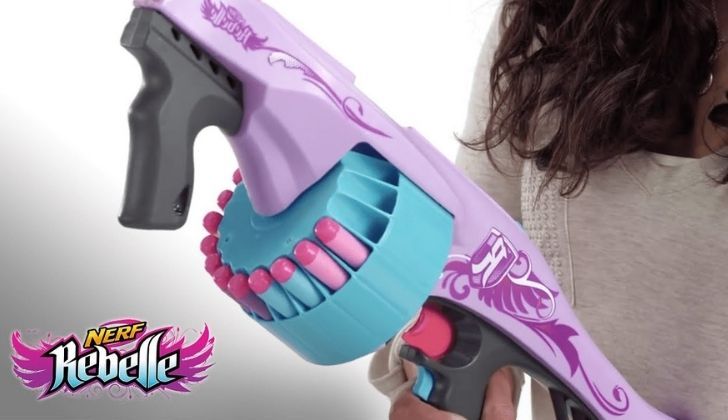 The sub-line created toys that had female associated colors like pink, purple, and teal.

The first Rebelle’s were based on the Nerf blasters and they included the Angel Aim, Cool Camo, and Femme Fire.

The first series contained over 10 different products that were released in fall 2013.

Nerf continued releasing products for girls for the next five years.

Sadly due to lack of sales, the line was unofficially discontinued in 2018.

Nerf have won awards for their well-designed products. 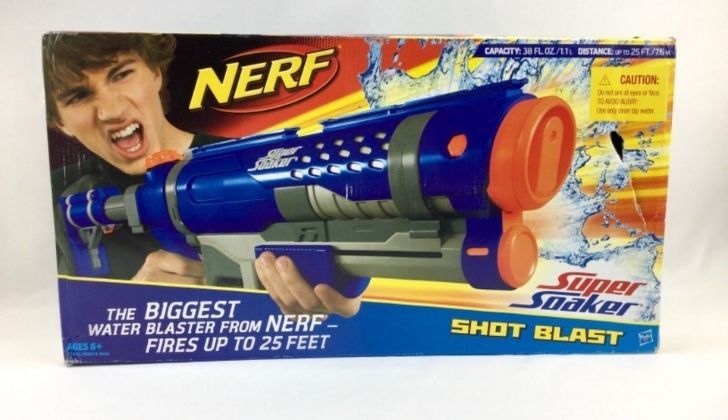 In 2014, Nerf went on to win a third award at the UK Toy Fair with the Nerf Zombie Strike Crossfire Bow being awarded “Best Action Toy.”

It is difficult to imagine that Nerf started out as an indoor ball and is now one of the world’s most famous toy shooter producers.

Nerf has continued to dominate the toy market by releasing upgrades and improved models of its blasters.

The shooters are loved so much that the Nerf market has expanded into video gameplay as well as real life.

Did you know that NERF stands for Non-Expanding Recreational Foam?

Read More
FFacts
Popular perception paints the Aztecs as warriors who stalked the jungles for unwitting human sacrifices. But the archaeological…

Read More
FFacts
Here are this week’s interesting historical photos. For part 278, click here. 1. The grave of an American…

Read More
FFacts
Here are 5 things you should know. 1. darkpatterns.org lists and educates you about tricks and scummy tactics…