Why Do Chimpanzees Throw Poop?

It may be something that’s never crossed your mind, but it’s one of life’s mysteries, why do chimpanzees throw poop?

The rather smelly act can be seen as quite funny… if you aren’t the target, but a messy ordeal if you are.

You may wonder why they have to throw poop and why at people.

Here are some facts about why chimpanzees act in this way. 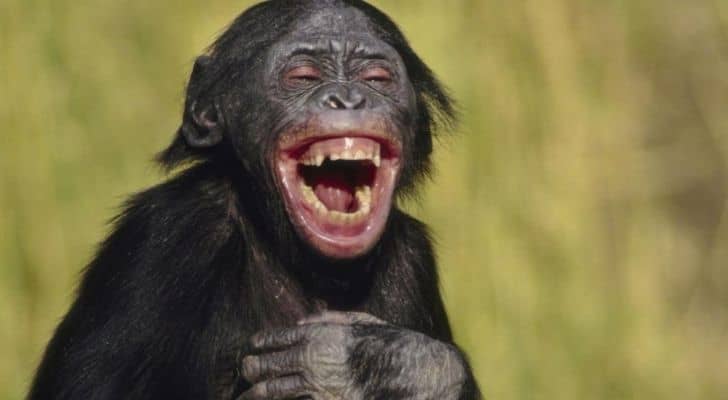 In the wild, chimps react to situations in similar ways to humans.

We have certain methods of communicating our feelings and emotions and one of them is to throw objects.

Like humans, when chimps are angry they stand up and wave their arms around violently to release their anger.

They sometimes feel the need to throw objects too. This release of emotions and energy is very similar to how we act as humans when we just need to let it all out.

Throwing objects has been a natural way of reacting when chimpanzees are agitated or angry so there is no suggestion that they are throwing poop for entertainment.

Why throw poop and not other objects? 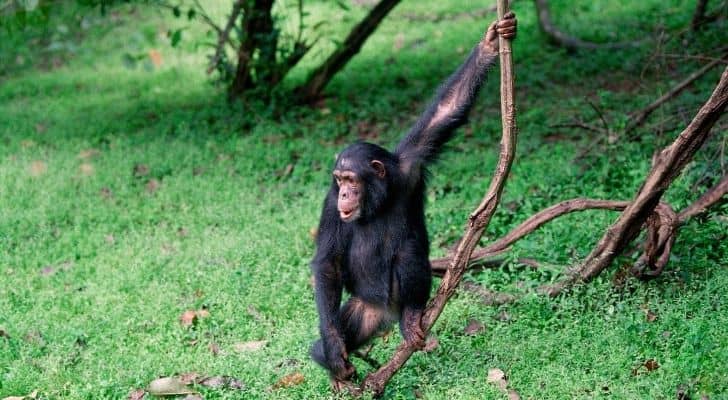 There are a few reasons why chimps throw mainly poop and no other items.

The main theory is that it is readily available for chimps that are in captivity and in cages.

In the heat of the moment when a chimpanzee is feeling agitated, it will grab the first object it sees to throw, so there isn’t much thought as to the choice of object to launch.

In most zoos, they lack loose natural objects around them so poop has become their only weapon.

Chimpanzees in the wild have access to a variety of objects, such as branches, rocks, and stones they can throw.

So in a natural habitat, a chimpanzee will throw anything, but in captivity, they have had to get creative with the limited supplies within their environment.

Do chimpanzees only throw objects to release anger? 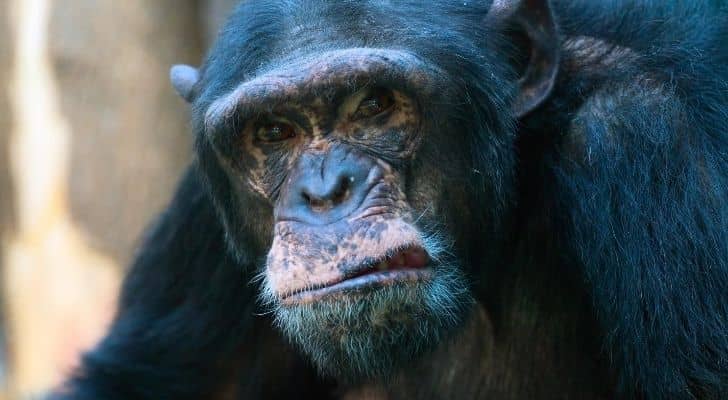 Not only is throwing poop or objects an emotional release for chimps but it is a form of communication.

The better the chimp is at hitting the target, the better their communication is amongst the group.

The chimps that hit the targets more consistently and accurately show higher development in the left side of their brain.

This is where processing communication between the chimpanzees happens.

By target practice, they are improving their skills to become better communicators within the group.

When a chimpanzee throws poop at a human, does it recognize its actions? 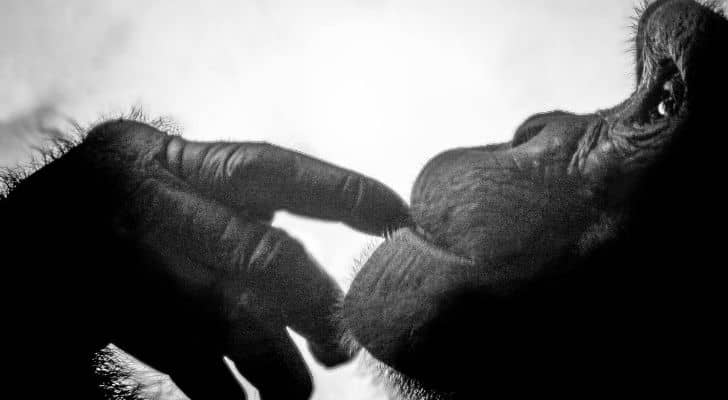 In some ways yes!

Over the years researchers have analyzed the chimps in captivity and their poop throwing activity.

They conclude that when there are visitors that get hit by poop, they react to the situation.

This drama causes commotion which the chimp has come to recognize and this reinforces their behavior.

Scientists have noticed that chimps are able to recognize the reaction that is caused if they throw poop at a human, and therefore they will repeat the action even if they aren’t angry.

This has changed their behavior, as in the wild they would only throw poop to release anger, whereas now in zoos it is becoming more of an activity as the chimps known there will be a reaction.

Is it just chimpanzees in captivity that throw poop? 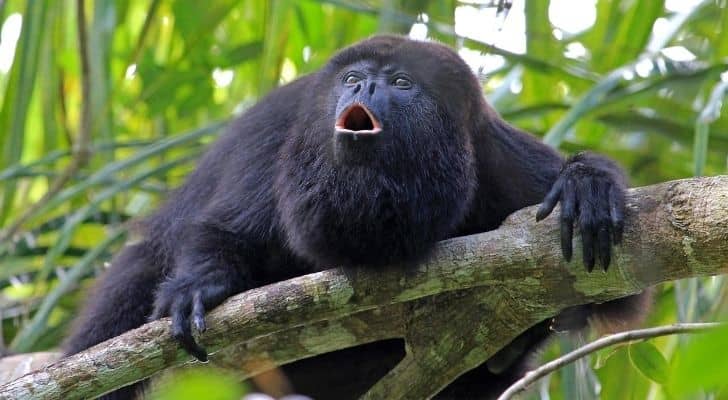 Research shows that chimpanzees in the wild are less likely to throw poop because they have an abundance of other objects to throw and throwing poop is not natural.

However, the wild howler monkeys in Belize are known for throwing their poop.

This is the only primate that is known to do this in the wild and outside of captivity.

Scientists suggest that the howler monkey in the wild will throw its poop when it feels threatened or unsafe. It is used as a defense mechanism.

Next time you head to a zoo, make sure you study this funny but disgusting activity that chimpanzees have developed due to captivity.

Analyze how they choose a target and release their anger, just make sure the target isn’t you!

When throwing poop, the chimps that hit targets more accurately show higher development in the left side of their brains.

4 Blocks to Building a Lifelong Relationship with Your Daughter

Read More
FFacts
Here are 20 different tribes around the world. 01. Kazakh The Kazakhs are the descendants of Turkic, Mongolic…