Officially nicknamed “The Pine Tree State” but also known as “Vacation Land,” Maine was the 23rd state to join the United States of America on March 15, 1820.

The state of New Hampshire borders Maine. With a total of 35,385 square miles (91,636 square kilometers) of land and water, it is the 39th largest state.

The capital of Maine is Augusta, situated in the south of the State.

That’s enough fast facts about the Pine Tree State for now, though; we’re here to learn some real facts!

No one is really sure what Maine was named after. 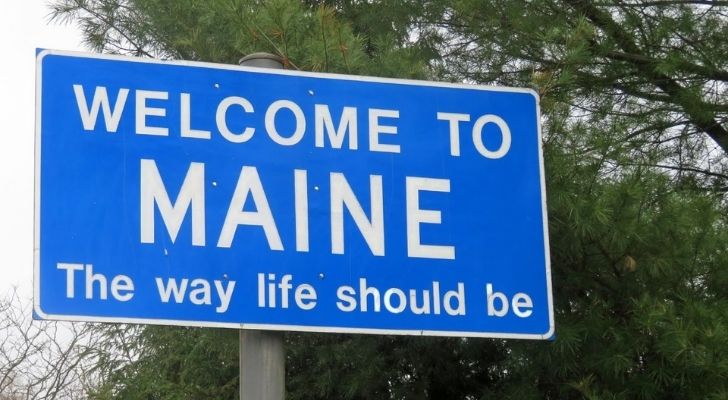 There are several solid theories, though.

One of the most commonly believed ideas behind the state’s name is that it was named after the province of Maine in France.

Another more questionable yet popular theory goes all the way back to the first British explorers who reached the coast of Maine.

These explorers would commonly refer to the mainland of North America as “The Maine.”

This in itself is believed to be shorthand, with “the Maine” being a shortening of the mainland.

No matter what the origins of the state’s name are, the name was settled upon in 1665 when Britain officially registered the region as the Province of Maine.

Maine has been inhabited for at least 5,000 years! 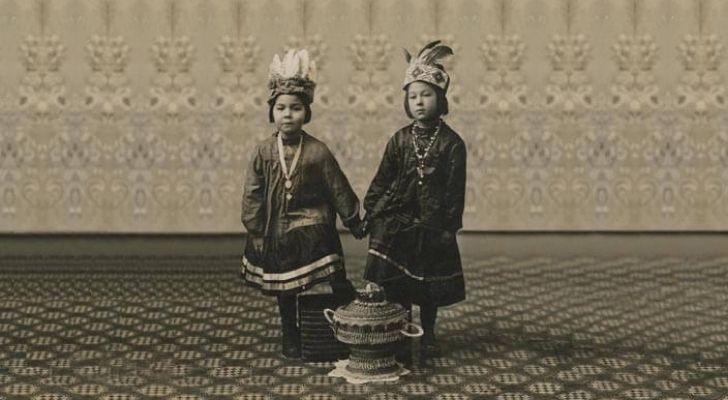 People lived and thrived in the region now known as Maine for a long time before Europeans ever thought to cross the seas and colonize the Americas.

The earliest known group of people to inhabit the region lived there from around 3000 BC until 1000 BC.

These people are referred to as the Red Paint People, as they performed burials in a way not seen elsewhere, which involved covering the body and belongings of the deceased with red ochre.

The Red Paint People were a seafaring culture, largely living off the land and the seas alike.

The next group of people to live in the region was the first to invent pottery, and they were called the Susquehanna culture.

By the time European explorers first reached the region, a new group of Algonquian-speaking locals called the Wabanaki peoples lived there.

The first Europeans to reach Maine were Vikings from Norway. 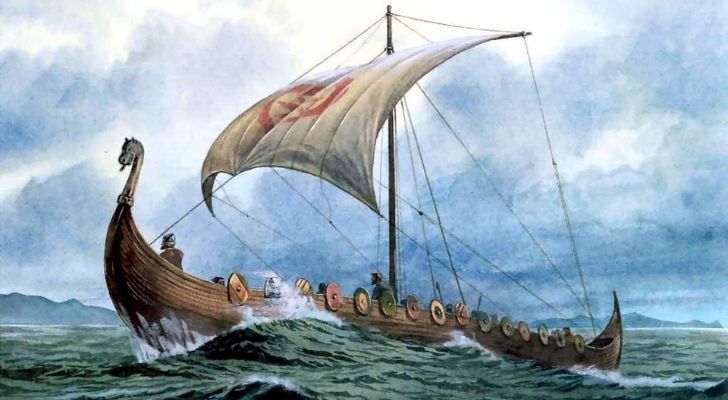 Vikings based out of Iceland and Greenland made regular trips across the Atlantic to various points along with the northern parts of North America’s coast.

Although they failed to establish any permanent settlements, they did manage to trade with the local tribes.

An 11th-century Norwegian coin was found in a Native American archaeological site in 1954, which backs up this theory, cementing the fact that Vikings preceded modern Europeans in Maine.

The next Europeans to reach Maine were the Spanish, arriving some 300 years later. 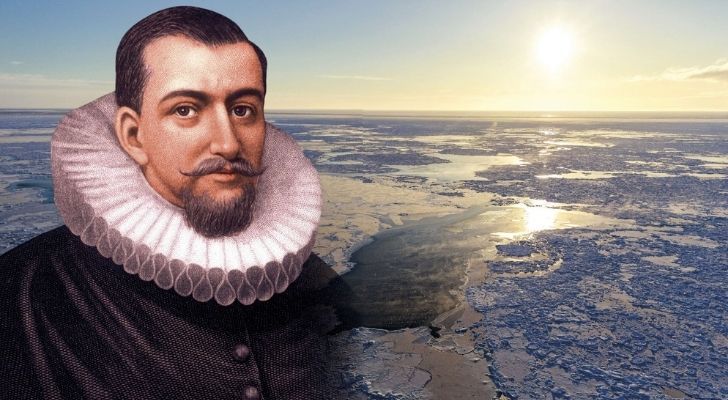 Although it was a mission undertaken by the Spanish Empire, the man commanding the exploration was a Portuguese explorer called Estêvão Gomes, who reached the coast of Maine by 1525.

The explorers didn’t settle in the region, though; instead, they mapped out the coastlines and returned to Spain later that year.

The first settlement in Maine was established by the French in 1604. 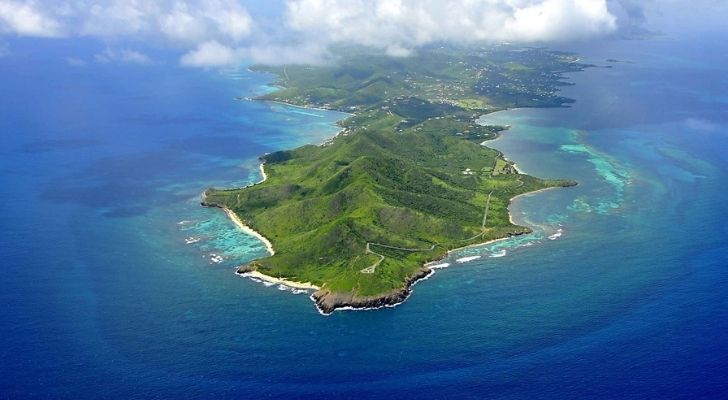 It wasn’t until almost 70 years later that Europeans returned to colonize the first parts of modern-day Maine.

Instead of the Spanish returning, though, the French had decided to break ground in the region.

Their first settlement was established on St Croix Island by a party that included Samuel de Champlain, the man who was later responsible for founding both Quebec and New France.

Upon their arrival, the Frenchmen claimed the entire region on the eastern side of the Kennebec River as their own, naming it Acadia.

France and England fought over Maine for over a hundred years. 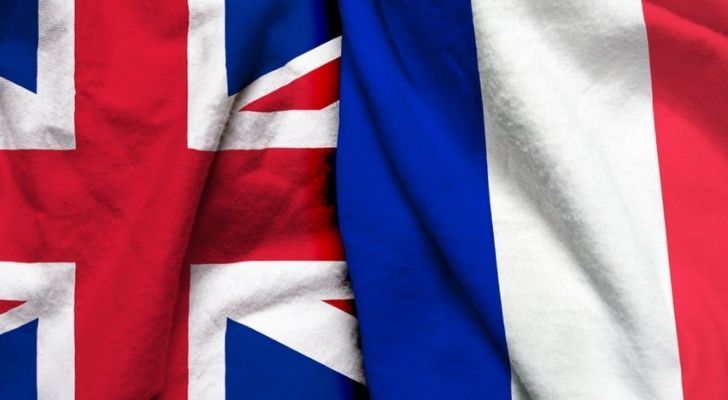 England tried to stake out their claim to the region shortly after France, with the Popham Colony being established in 1607.

This colony was short-lived, however, with the colonists returning just 14 months later.

While England and France staked out claims for separate regions of Maine, it didn’t stop them from clashing over the next 150 years.

There were almost continuous disputes, skirmishes, and raids between the two European powers, which often drew the Native American tribes into the line of fire, who had allied with the Colony of Acadia.

It wasn’t until the defeat of a number of French-sponsored Native American tribes by the British in 1724 that France finally recalled their claim to Maine.

Maine contributed more troops to the American Civil War than any other Union state. 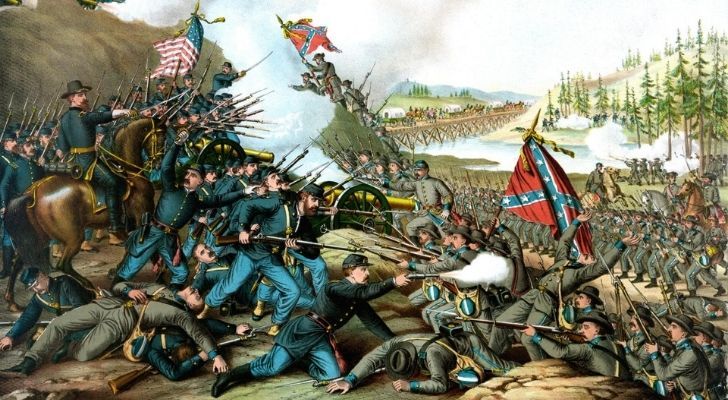 Maine contributed 80,000 troops to the Union Army, which is more than any other union state in proportion to the population of each state.

Maine was the first and one of the strongest supporters of the newly founded anti-slavery Republican party.

In recognition of their zeal and support, Abraham Lincoln appointed Hannibal Hamlin, a Maine local, as the first Republican Vice President.

Given their political views, it’s easy to see why such great numbers of Maine’s population volunteered for the war effort.

Maine is the most forested state in the US. 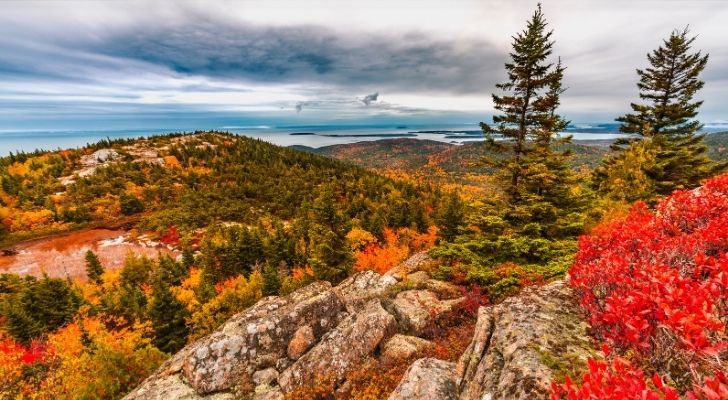 If you head on up to Maine, you’ll instantly realize why this state is nicknamed “The Pine Tree State.”

More than 80% of Maine is covered in forest, unclaimed land, or both!

To the south of the state, the forests are composed mainly of different variants of oak trees, with a number of hardwoods and pine variants in the mix.

The rest of the state has a more varied mix, including hardwood, fir, pine, birch, maple forests, and wetland biomes. 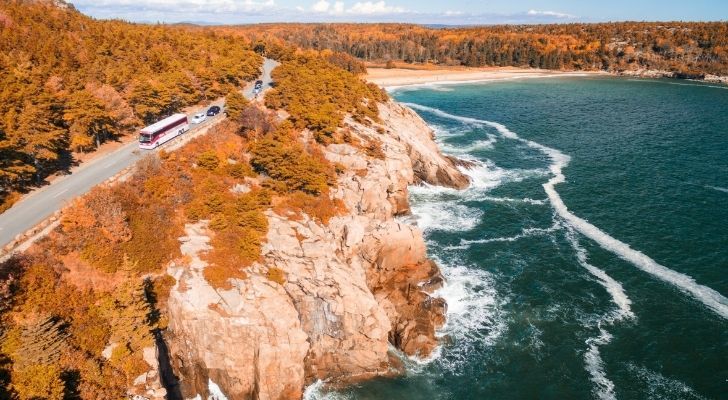 If you were to measure the coast of Maine as the crow flies without deviating into the many coves or bays, you would find it to measure something around 230 miles (400 km).

This is hardly an accurate way of measuring the coast of a state like Maine, though, as the state’s lengthy coast is dotted with coves, estuaries, islets, and so on.

Most of Stephen King’s books are set in Maine. 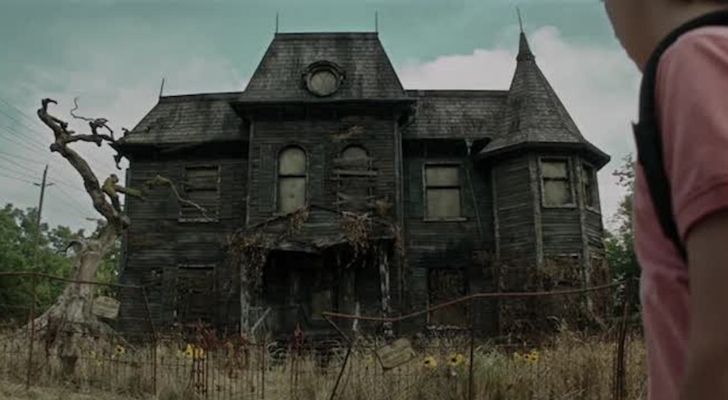 It’s also where the horror author hails from. Stephen King was born in the small city of Bangor, Maine, and still lives there today.

While his books are set in Maine, the towns of Derry and Castle Rock which he sets a lot of his stories in, are purely works of fiction.

One key reason why King’s books are so realistic at times is that as a Maine native, he’s able to recreate the atmosphere of small-town Maine perfectly.

Maine has the lowest population density of all states east of the Mississippi River. 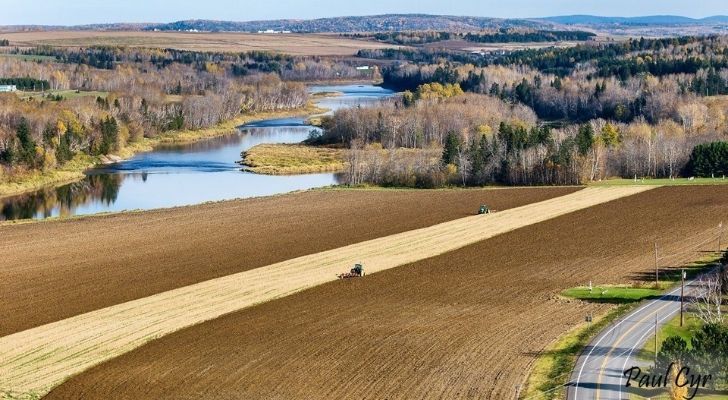 The vast majority of Maine’s residents live in the south of the state.

As you travel further east along the coast or north into the heart of the state, the population density drops rapidly.

Some regions of the state, especially to the north, are almost completely devoid of people.

One example is Northwest Aroostook, an unincorporated region in the far northeast of the state which measures 2,668 square miles (6,910 square kilometers).

In this vast region, just ten people live there as of 2010, which means one person for every 267 square miles (690 square kilometers).

Maine has a small desert. 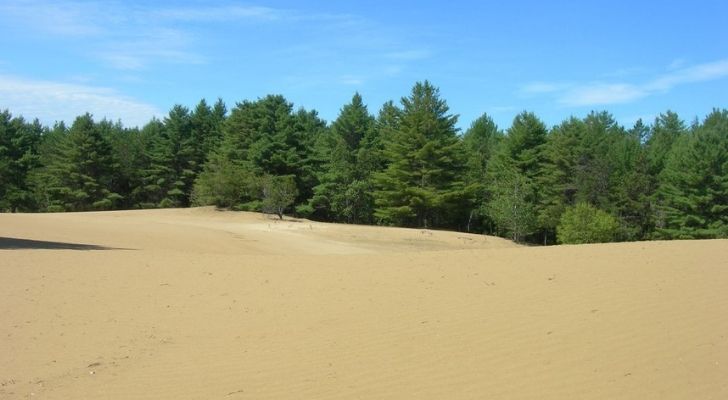 One small section of Maine just outside of the town is a desert, with its own sand dunes.

This popular tourist attraction is not a natural feature, though.

Measuring 40 acres (16 hectares), it’s the result of poor farming practices, which exposed a rich deposit of silt left over from Maine’s ancient past when it was covered in glaciers.

The “sand” of the desert is actually silt, which is much finer than the sand you would normally find in a desert.

A town in western Maine used to be the toothpick capital of the world. 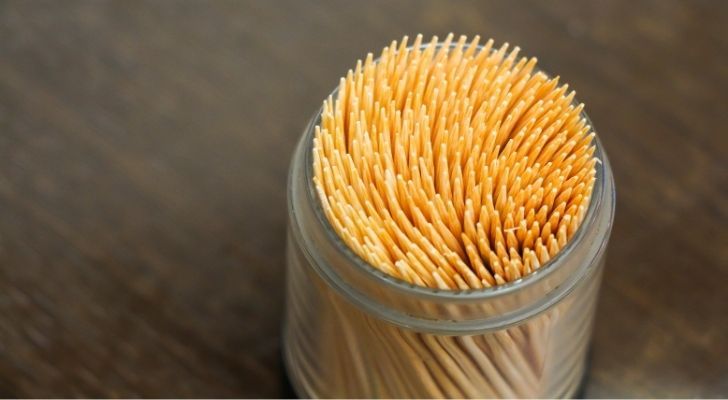 The town of Strong, Maine, held this title until 2003.

More than 95% of the US’ toothpicks were manufactured in the town until this point.

Toothpicks declined in popularity throughout the 20th century, which lead to the downfall of Strong’s toothpick industry.

Factories throughout Strong and the rest of the state closed down one by one, with the last of Strong’s toothpick factories, The Forster Manufacturing Company, closing down in 2003.

Maine is home to a wide variety of outright bizarre museums. 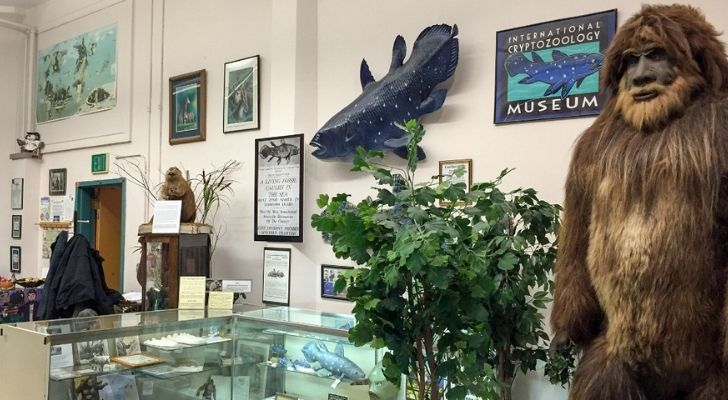 Maine is home to many strange things, which is why it makes the perfect home for museums dedicated to a wide variety of odd topics.

The most famous of all is the Cryptozoology Museum in Portland.

This museum is home to bizarre and unknown creatures such as the ever-famous Big Foot, various lake monsters, and other strange beasts.

Some of the other more notable museums include the Maine Coast Sardine History Museum, the Telephone Museum, and the Umbrella Cover Museum.

The largest breed of domestic cat is from Maine. 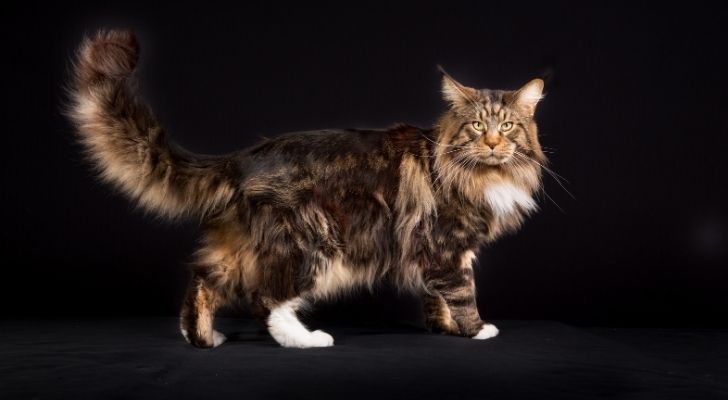 It is, of course, the appropriately named Maine Coon cat.

This breed of cat evolved to live and thrive in the cold, snowy climate of Maine’s northern woodlands, which is why it has such a luxuriously thick coat of fur.

The Maine Coon is one of the US’ oldest native breeds of cats and is the official State Cat of Maine.

They’re known to be incredibly friendly and social cats, which along with their impressive size, lead to the nickname “Gentle Giant.”

Whether it’s something in the water, Maine’s remote location, or its endless untouched forests, there’s just something about Maine that attracts strange things.

If you combine all of these reasons, it’s no small surprise that Stephen King’s novels fit so well with Maine’s small-town feel.

In reality, though, it’s an absolutely divine state to visit, with many visitors feeling a sense of awe when they witness the crags of Maine’s endless coastline, its pristine forests, or its quirky little towns.

Until 2003, a town in western Maine, called Strong, was the toothpick capital of the world.

What is a common myth about your country that is 100% false but many people still believe in it?

Read More
FFacts
Opossums have a similar reputation with raccoons as pesky vermin that raid garbage bins. Because of this, they…

Read More
FFacts
If you love Toy Story then you will know one of the main characters; Woody. Made famous by…

Read More
FFacts
Sir Isaac Newton is one of the first names you’d hear about in your science and math classes.…