China is one of the world’s largest countries and has the highest population in the world.

Situated in Asia, China is a country with a rich history and some of the oldest traditions in the world.

This mysterious country has been closed off for many years, but in more recent years, as the country has opened, we get a glimpse into its unique culture.

Here are 20 crazy facts about China that you probably didn’t know.

Every year is represented by an animal. 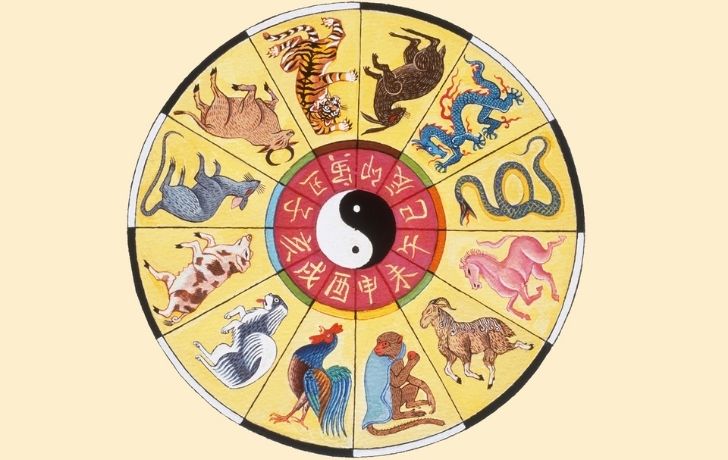 You may be familiar with western Zodiac signs, but did you know there is a Chinese Zodiac calendar.

The Chinese Zodiac is made up of 12 animal signs.

It is based on a lunar calendar, and each year is represented by a different animal sign.

This system runs on a 12-year basis where it starts again and repeats the order of the animals.

All the animals are associated with an element: wood, earth, water, fire, and metal.

The animals are also assigned either a Ying or Yang sign, which run alternate years.

The Chinese Zodiac calendar started on February 5, 1924, with the rat as the assigned animal and the associated element was Yang wood.

Once it reaches the end of the 12th year, the cycle starts again with the rat. 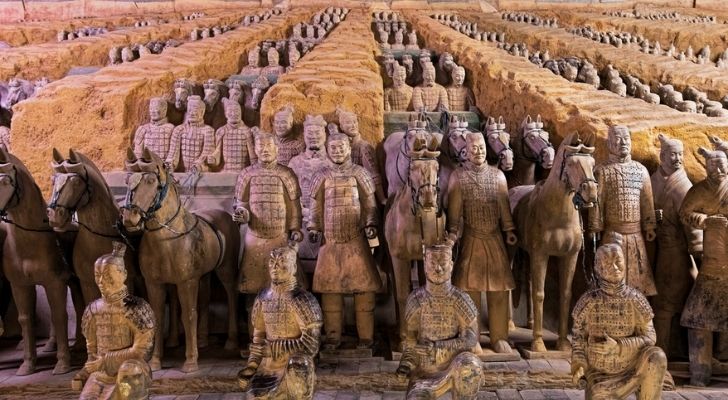 Both China and Italy have 55 recognized UNESCO sites, making them the top two countries worldwide to have the most recognized sites.

1987 was the first year that China had sites recognized by UNESCO, and they gained a total of six in that year alone.

These include Mount Taishan, the famous Great Wall of China, Peking Man Site at Zhoukoudian, Mogao Caves, Mausoleum of the First Qin Emperor, and Imperial Palaces of the Ming.

Boy eggs are a traditional delight. 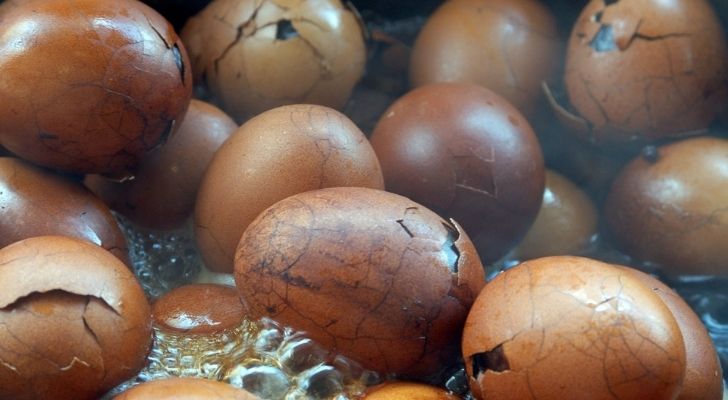 You might be wondering what boy eggs are and why are they such a treat?

Well, in Dongyang, Zhejiang, a county in China, a tradition happens every spring.

Eggs are boiled in the urine of boys, traditionally boys under the age of 10 years old.

The dish is called “tong zi dan,” which translates to boy egg.

It is believed that consuming urine had many nutritional benefits, and it was common to pickle or soak eggs, so it became a tradition to combine the two.

Boy eggs are on UNESCO’s intangible cultural heritage list as the tradition has been practiced for hundreds of years.

Dogs are eaten to celebrate summer. 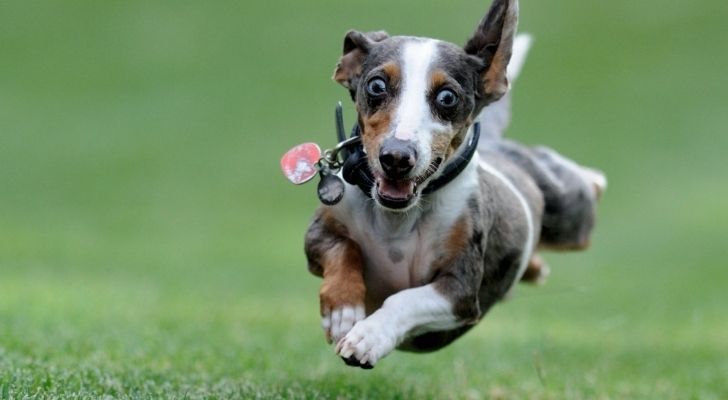 Every year to celebrate the summer solstice in Yulin, a southwestern city in China, dogs are eaten.

For one day, only thousands of dogs are used during the feast.

It is believed that dog meat brings the consumer good luck and good health.

The festival is called the Yulin lychee, and the dog meat festival is a time where everyone celebrates over food and beer.

Previously they used around 10,000 dogs!

As years go by, there are more restrictions on eating animals such as dogs, and the number of slaughtered dogs is falling.

China has its own Austrian village. 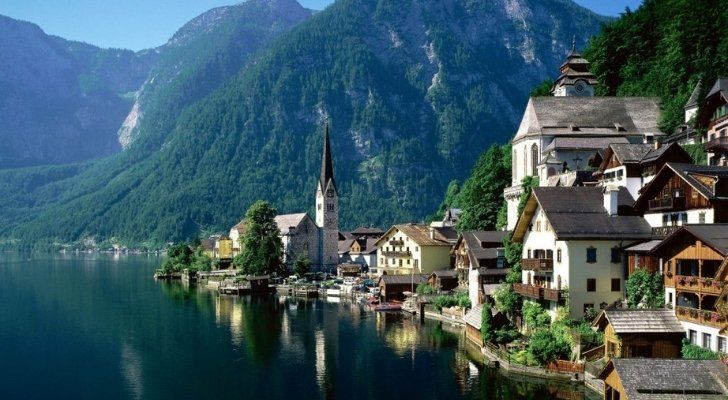 It has become a trend in China to replicate towns and villages from picturesque parts of the world.

The replica is almost identical to the original town of Hallstatt in Austria, and construction started in 2011.

Key features were chosen to mimic, like the parish church and famous fountain.

There are no laws against building a replica town in another part of the world, so China Minmetals didn’t need permission to start the build.

Alexander Scheutz, the mayor of Hallstatt at the time, visited the site for the opening in 2012 and signed an agreement for cultural exchange.

Rather than be angry at the replica in China, he saw an opportunity to boost tourism in his hometown.

China has only one time zone. 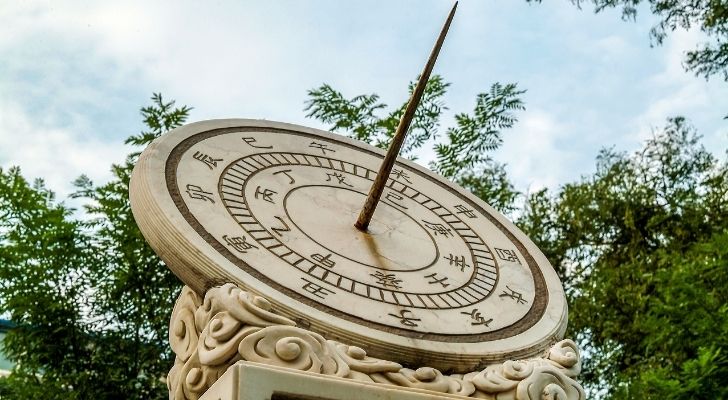 Although China is a similar size to mainland America, it only has one time zone.

Unlike America that has four time zones – excluding Hawaii & Alaska.

China spans five geographical time zones, but a decision was made to use Beijing time across the country to encourage national unity.

So whilst sunrise in the east may be at a reasonable time in the morning, it won’t rise in the west until later. 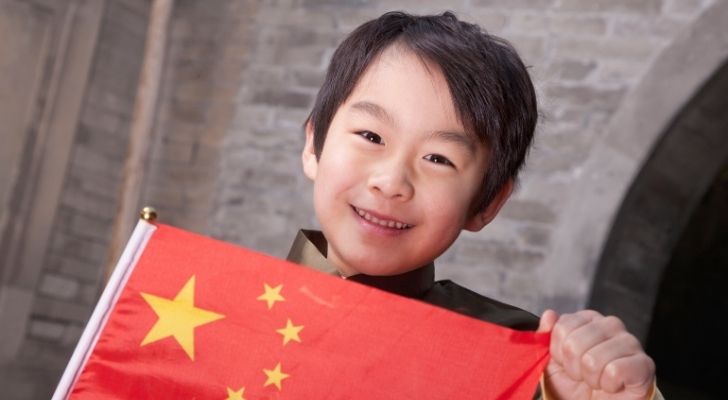 Since 1992 the name “Aoyun,” which translates as Olympic Games, has been very popular in China.

The first babies registered with this name were in 1992, as this was when China applied to host the Olympics in 2000.

Around 680 babies named Aoyun were registered in 1992.

After China was chosen to host the Olympic Games scheduled for 2008, 553 more babies were named Aoyun.

It is estimated that 92% of those registered with the name Aoyun are male.

China has its own “Big Foot.” 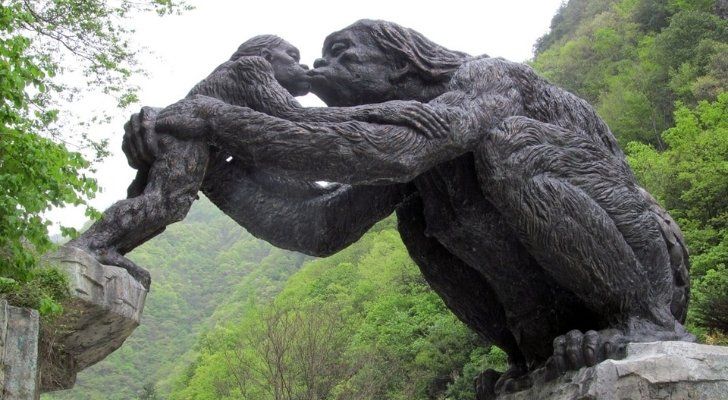 In Chinese folklore, there are tales of a man or beast who lives in the woods and is referred to as Yeren, which means wild man.

In 1970 an expedition was carried out to find the so-called wild man after there were reports of sightings in the Shennongjia region of the Hubei Province.

Hair samples, footprints, and witness accounts have all added to the mystery of this being, but as of 2021, he still hasn’t been found.

The largest palace in the world is located in China. 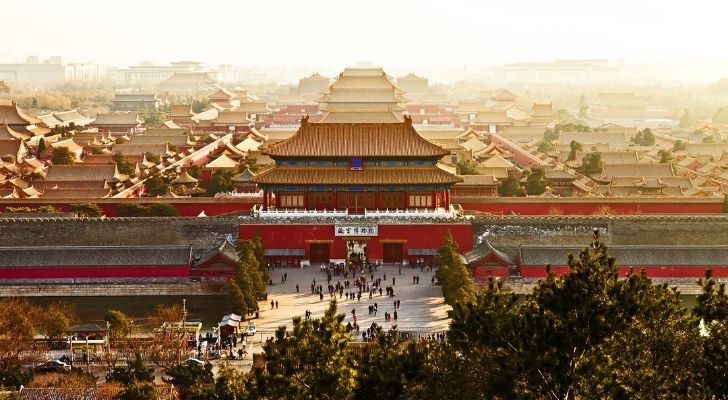 The Imperial Palace in Beijing was built in the 15th century and is the world’s largest palace.

Construction involved around one million workers, and it was designed by three architects.

The buildings take up a total area of 178 acres (0.7 square kilometers).

The Imperial Palace holds the Guinness World Record as the largest palace in the world, and it is listed as a UNESCO heritage site.

China has the largest rail network in the world. 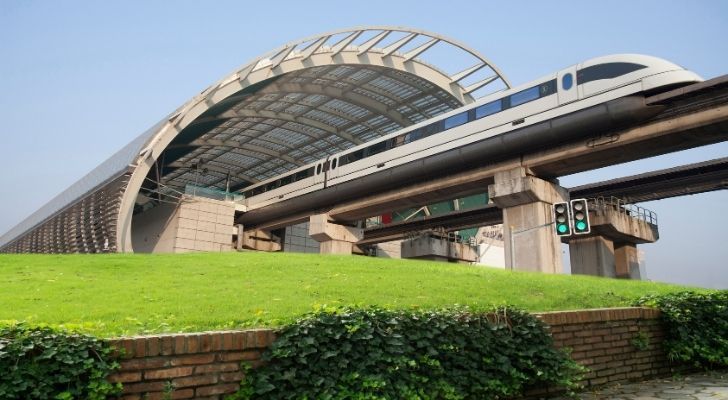 Their network is so large that if you were to add together all other high-speed rail lines in the world, they wouldn’t be as long as that of China’s.

You are only allowed two children in China. 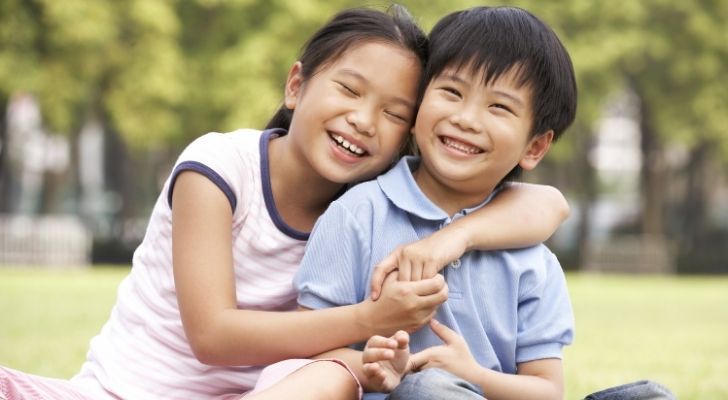 Up until the end of 2015, you were only permitted to have one child.

This law was brought in by the communist party in the 1970s to slow the population’s sudden increase.

Contraception methods were introduced, and it was illegal to have more than one child.

If you wanted to have a child, you had to seek permission from the government and wait until they gave you a license.

On January 1, 2016, a new law was passed allowing couples to have two children.

The aim of this was to balance out the male to female ratio, as the one-child rule had meant that there was an increase in the male population due to the preferred male gender choice.

China has the second-largest mall in the world. 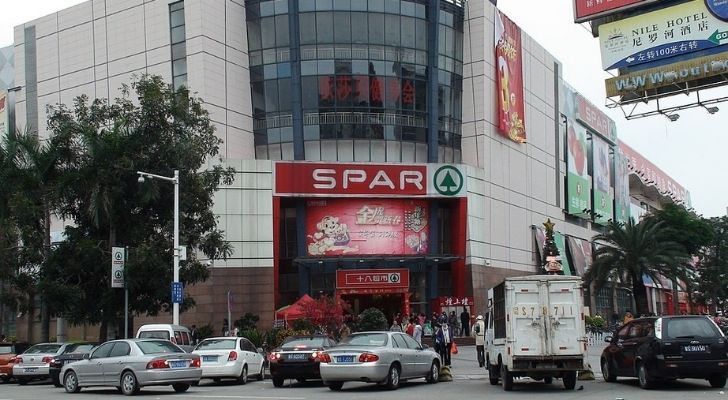 The South China Mall in Dongguan is the second-largest shopping mall in the world, based on the leasable area.

It is also the second-largest in the world in terms of total area.

The mall opened in 2005 and for around ten years was dormant.

After undergoing renovation work, the mall in 2018 became a hot spot for shoppers.

There was also an IMAX-style cinema fitted, as well as a theme park. 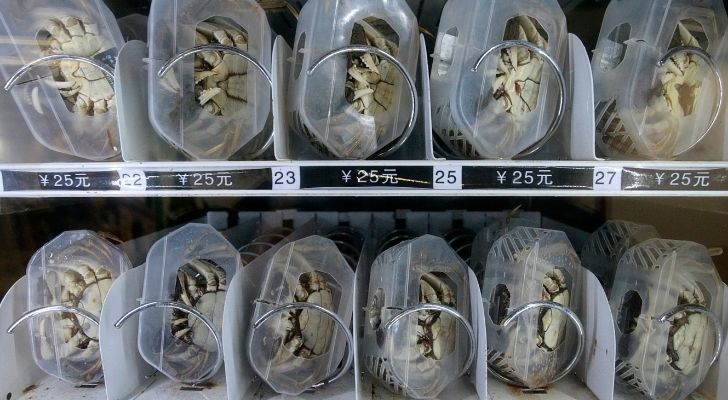 In 2010 the first vending machine to sell live crabs was put in a subway station in Nanjing, China.

Vending machines are popular for convenience across the globe, but they have a special place in Asia.

China had the first vending machine to sell a live crab.

The machine sells around 200 crabs per day, with prices depending on weight.

The manufacturers are so confident in the lives of the crabs that if you get a dead one, they will give you three live ones in exchange.

China has the world’s oldest alcohol! 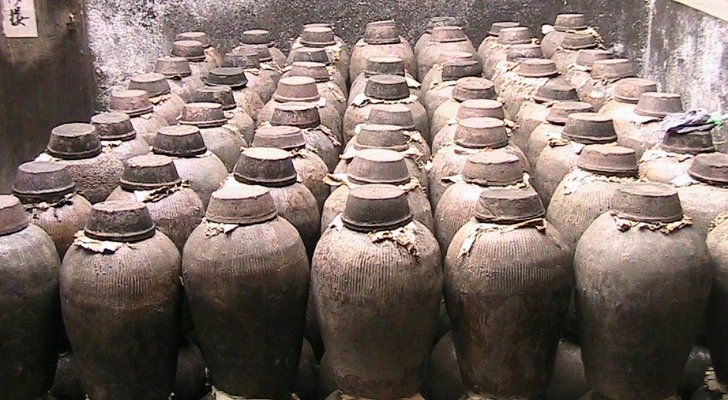 Many countries have been producing alcohol through fermentation for hundreds of years.

But China has the oldest evidence of an alcoholic drink.

At a Neolithic village in the Yellow River Valley in China, clay pots were found during an excavation.

These pots contained a liquid residue that shows signs of fermentation.

Typical fermented drinks would have included wine made from berries, honey mead, and rice beer.

These pots were evidence that fermented drinks were made as early as 7,000 BC, making them the oldest artifacts to display alcohol production. 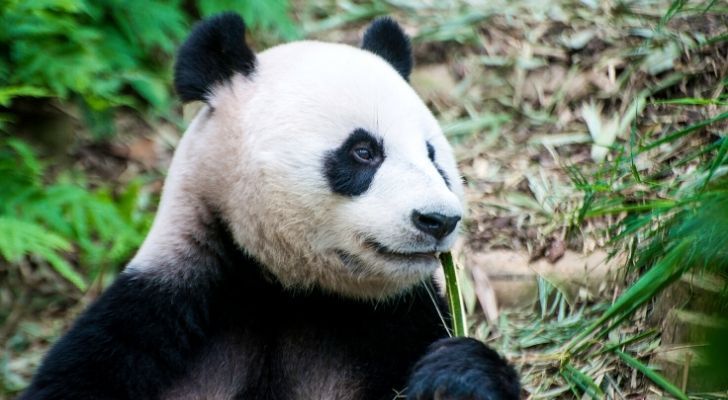 The Great Panda, also known as panda bear or just panda, is native to south-central China and can only be found in the wild in China.

Pandas live in the mountain ranges, mostly in the Sichuan region as well as Shaanxi and Gansu.

99% of their diet consists of bamboo, which can only be found at certain altitudes.

Sadly as they are an endangered species, so the population is expected to decline.

China has a record for the largest game of human dominoes. 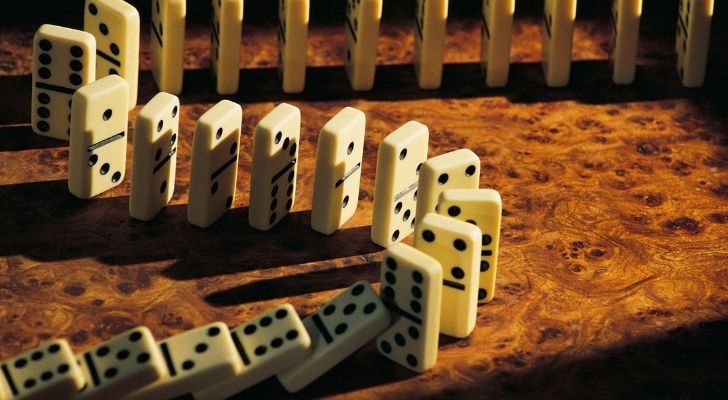 On July 23, 2016, Ayd Group, a company that manufactures mattresses, attempted to break a Guinness World Record.

They got 2,016 employees to stand in a line with mattresses strapped to their backs to create the world’s largest game of human dominoes.

One by one, they fell on top of each other, and after nearly 15 minutes, they had all fallen, breaking the world record. 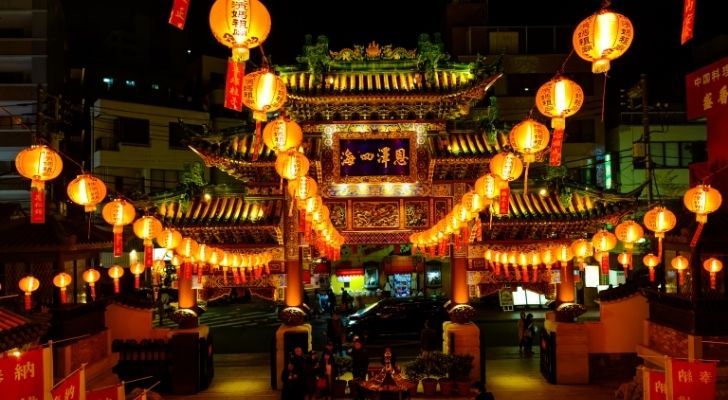 Chinese New year, which celebrates the Lunar New Year, is an official seven-day-long holiday that is often extended to two weeks.

Chinese New Year is never on a fixed date and does not follow the standard December 31 celebrations.

It follows the lunar calendar so that it can fall anywhere between the end of January to mid-February.

There is a theme park ran by dwarves. 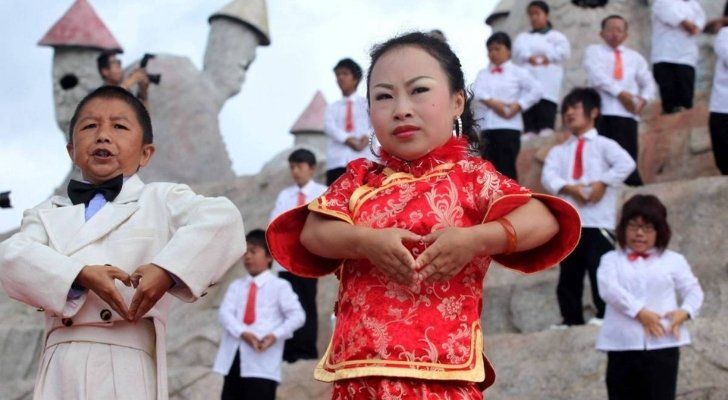 The Kingdom of the Little People is a theme park in China that is all about dwarves.

Situated near Kunming, the park was designed to give work to people with dwarfism as it would be difficult for them to find work in China.

The park has been criticized for humoring people with dwarfism.

At the park, people can spectate performances, such as ballet acts, singing, and dancing, all performed by dwarves.

The park employs around 100 dwarves with a wide age range.

Living in a cave is still quite normal. 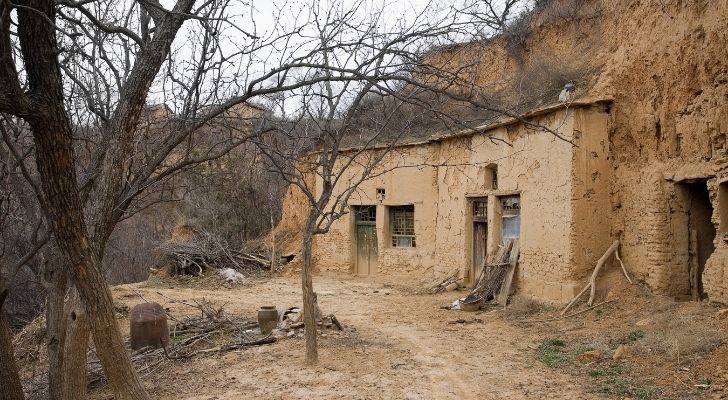 Yaodong, or “house cave,” is a type of dwelling that is still popular today.

Earth shelters created in the natural formations of caves still exist across China.

A survey in 2006 estimated that around 40 million people were living in caves in northern China.

Some of the earliest yaodongs were created as early as China’s Bronze Age.

Many yaodongs were built because they kept cool in summer and retained heat in the winter. 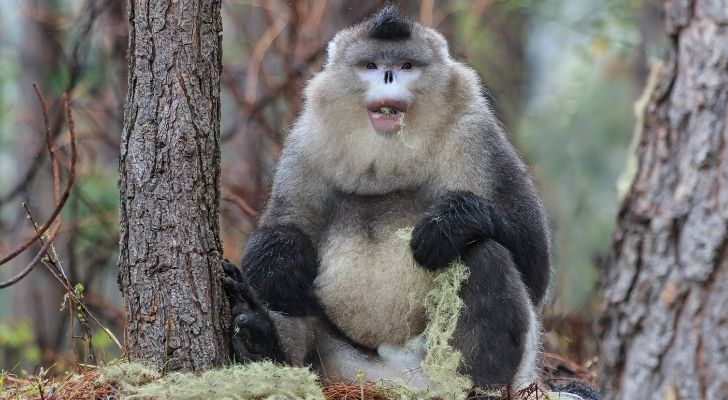 Found in the southern province of Yunnan, the black snub-nosed monkey lives in extreme conditions.

Besides humans, it is the only other primate that lives and survives at such high altitudes.

Snub-nosed monkeys have evolved over time to adapt to their surroundings and are among the most adaptable primates on Earth.

China is a country with a rich history, full of traditions and natural wonders that fascinate the world.

As we learn more about Chinese culture, we can better understand the history and its people.

China is certainly a mysterious country that is slowly being discovered by the outside world.

Did you know that in China there is a theme park run by dwarves? The Kingdom of the Little People employs around 100 dwarves.

Read More
FFacts
Buzz Lightyear is famous as the spaceman who features in the Toy Story movies alongside Woody. But how…

Read More
FFacts
Throughout their career, investigative journalists face many dangers. For a job that requires them to be in the…