Officially nicknamed the “The First State” but also referred to as “The Diamond State”, the “Blue Hen State” and “The Small Wonder”, Delaware was the 1st state to join the United States of America on December 7, 1787.

Delaware is bordered by the states of Maryland, New Jersey and Pennsylvania.

The capital of Delaware is Dover, situated in the center of the state.

That’s enough fast facts about Delaware for now, we’re here to learn about The First State!

Delaware was named after an English politician. 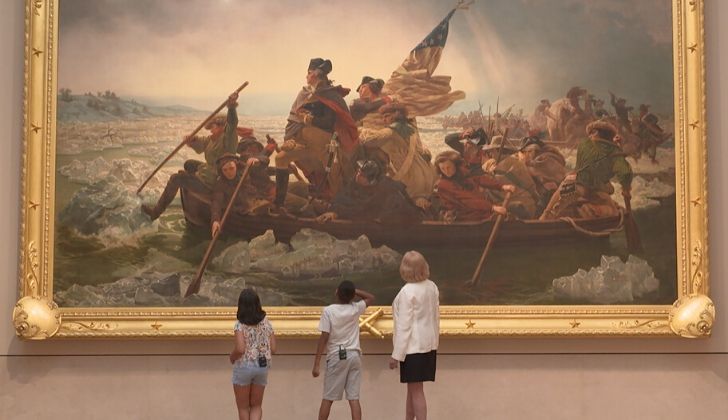 He was a man of many titles, as he was appointed to be the captain-general and governor-for-life of the first lasting British colony in the Americas – The Colony of Virginia.

Thomas West later became known as “Lord Delaware”, and it was from this title that the state of Delaware gained its name.

Modern-day Delaware was inhabited by a number of different groups of Native Americans before European arrival.

The different tribes who originally inhabited modern-day Delaware are classified as Eastern Algonquian tribes, as they all spoke various forms of the Algonquian language group.

The Lenape people often referred to as the Delaware people predominately lived in the coastal regions of the state.

To the south of Delaware lived the Nanticoke people, along the Delmarva peninsula.

The first 50 years of European history in Delaware were times of conflict! 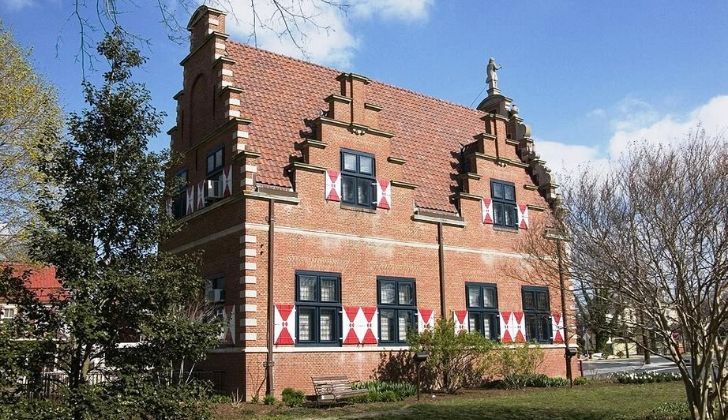 In 1631 a trading post called Zwaanendael was established in the midlands of modern-day Delaware by the Dutch.

This trading post was to be rather short-lived though, as all but two of the settlers were killed by Native Americans due to a misunderstanding.

Seven years later in 1938 the colony of New Sweden was established at Fort Christina, in the north of modern-day Delaware along the banks of the Delaware River.

New Sweden did a little better than Zwaanendael, lasting 17 years before the Dutch returned.

Dutch settlers established a fort in 1651, and by 1655 they had conquered the colony of New Sweden and claimed their land.

This was also to be rather short-lived, as only 9 years later the Dutch were defeated by the English, under the command of Sir Robert Carr.

Delaware wanted nothing to do with the American Revolution at first. 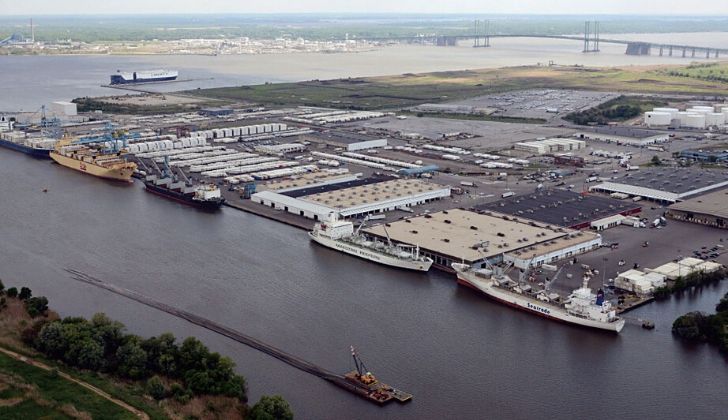 At the time of the American Revolution, Delaware was still referred to as the Lower Counties and was governed by the same governor as Pennsylvania.

As with other middle colonies, the region of Delaware was much better off in terms of personal freedom, as well as greater freedom to self-govern.

Sticking with the English was better for most, especially as the port city of Wilmington traded with them regularly.

So divided was the region of Delaware that when it came time for the colonies to vote for the Declaration of Independence, Delaware’s delegation passed their vote by just one man.

Delaware relied on slavery in its early colonial days.

Before Delaware broke free from English rule it relied mostly on indentured servants.

These servants were contracted to work for a set amount of time in return for the chance at a new life in the Americas.

As the English economy improved, so the number of indentured servants coming from England declined, and like nearly all other colonies, Delaware turned to slavery.

Most African American slaves in Delaware were freed after the American Revolution.

Delaware’s early agricultural industry was based for the most part on tobacco, which was a very labor-intensive crop.

Around the time of the American Revolution the agricultural industry adapted to a more mixed method of farming, which required much less labor.

At the same time, local religious groups like the Quakers and Methodists encouraged their flock to release their slaves.

It was thanks to these two key factors that by 1810 more than 75% of all African Americans in Delaware were free.

Delaware was the first state to sign the US constitution.

It was a long and complex process to create a constitution that the thirteen American colonies could all agree to.

The process began on May 25, 1787, and it was only by September 17th – some four months later – that the final document was put together and signed by the delegates.

After this crucial step it was necessary for each state to decide whether to ratify the constitution.

Delaware was the first state to ratify the agreement on December 7, 1787, thus making it the first US state.

It is from this that Delaware gained its nickname “The First State”.

Delaware is also referred to as the “Blue Hen State”. 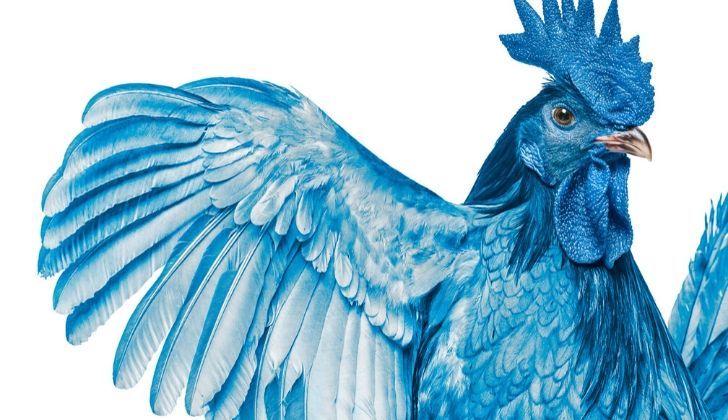 While this nickname doesn’t come from anything near as important a piece of history as the origins of “The First State”, it’s been around for a long time.

Way back during the American revolution soldiers from the Delaware region carried fighting cocks with them for entertainment.

These cocks were Blue Hens and were highly praised for their fighting abilities.

In addition to being the source of one of Delawares nicknames, the Blue Hen is also the state bird.

Yet another nickname for Delaware is the “Home of Tax-Free Shopping”. 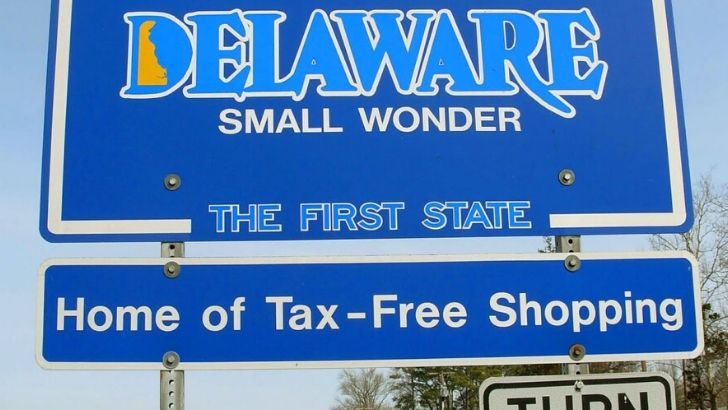 Delaware is known as the “Home of Tax-Free Shopping” mainly by its neighboring states, whose citizens regularly take advantage of Delaware’s haven-like regulations.

Delaware gained this nickname as it’s just one of five US states that do not implement sales tax.

The other states are New Hampshire, Montana, Alaska and Oregon.

Delaware is a state of record lows. 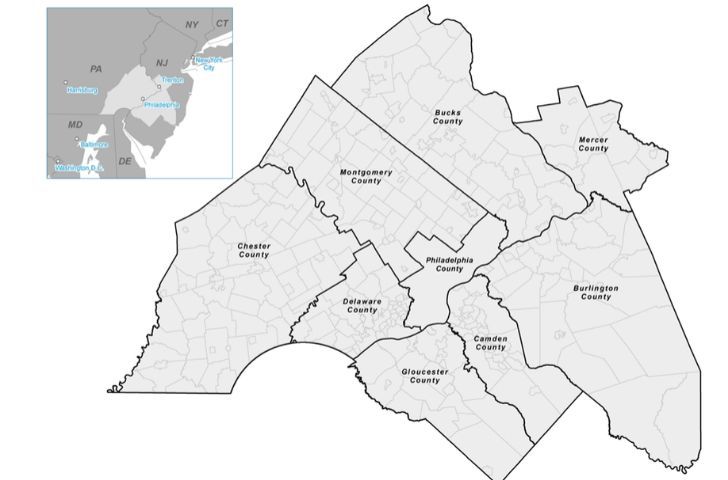 Literally, Delaware is the lowest of all the US states.

Delaware isn’t just low in altitude though – it also has the lowest number of counties of any state, and it’s the least populated state too!

Delaware was once home to the tallest tower of Lego in the world.

It was built by a team of students from the city of Wilmington in 2013, who sacrificed their summer holidays for the worthy cause.

Unfortunately for the students, however, their record was short-lived.

They were one-upped by Lego Budapest who constructed a tower in 2014 which stood just a fraction higher at 114 feet (34.7 meters).

Delaware was once home to the king of reggae, Bob Marley. 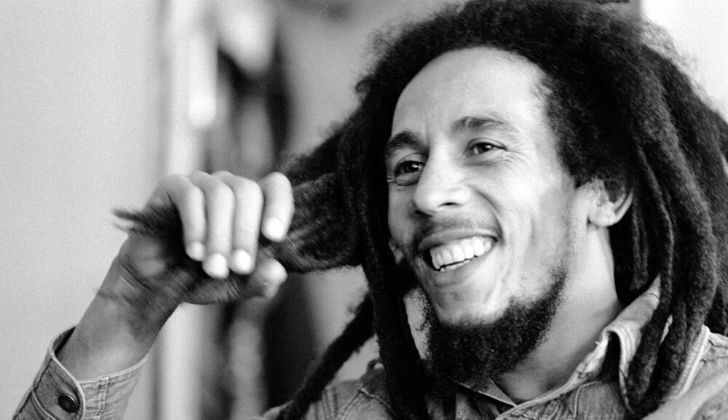 As far as we know though, he didn’t shoot any sheriffs there (nor any deputies).

In reality, Bob Marley lived in Delaware with his mother at some point in time between 1965 and 1977.

In a surprising turn of events, he actually worked for both the DuPont Company and Chrysler during this time.

There used to be a pumpkin launching competition in Delaware.

Competitors would create their own pumpkin launching devices and compete in various different categories such as Air Cannon, Catapult, Human Powered, and Centrifugal.

Unfortunately for residents of Delaware the competition had to be moved to another state, as no insurance companies wished to cover the event in Delaware anymore.

After a brief hiatus from 2016-2018, the event commenced its annual festivities in Rantoul, Illinois. 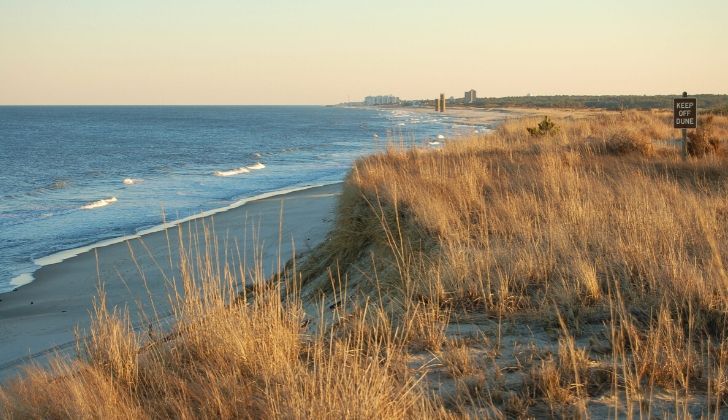 Although some may question how official the title is (and to be fair, it’s not very), it does seem to be incredibly popular with visitors from Washington, D.C.

Maybe we should start calling it “The Capital of the Nation’s Summer Capital”, though that is dreadfully long and tacky.

The largest numbers of horseshoe crabs in the world can be found in Delaware. 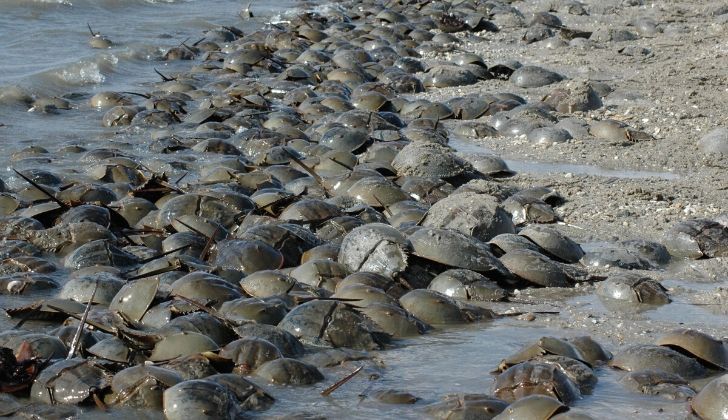 More specifically, they’re found in Delaware Bay, in the mouth of the Delaware River.

These living relics of a bygone era were once used by Native American people as food, and even to fertilize the ground!

Delaware certainly had a rough first few years, whether it was failed settlements or conflict between different European colonies.

Despite all of their early hardships though, Delawareans managed to eke out an increasingly comfortable existence over time, to finally rise into the great state that they are today!

So, whether you’re a fan of Delaware’s early colonial history or just another Washingtonian in search of a good beach, make sure you head on over to the First State!

Delaware was once home to the tallest tower of Lego in the world standing at 113 feet tall!

Read More
FFacts
There are many reasons why someone would like to change their name. Whatever the reason is, choosing the…

Read More
FFacts
Along with Coca-Cola and Pepsi, Snapple has gained a reputation as one of the world’s most famous non-alcoholic…