For centuries, people have associated the color red with many bold themes. Found on the warmest end of the color spectrum, red typically represents intense emotions such as passion, love, sexual desire, and anger. That said, the color red can also hold positive and negative meanings for different cultures. Find out more about this radiant color with these facts about the color red.

In the language of flowers, a red rose symbolizes romance, great admiration, and love.

For events such as Valentine’s Day, dates, or any other romantic occasion, red roses have become a standard. Over the years, the rose had become a common symbol of love and emotions due to the traditions and beliefs that flowers represent.

Because the color red often got associated with passion and love, the red rose ultimately became one of the most common symbols for expressing deep desire and love for someone. Additionally, the number of roses given in a bouquet also has different meanings on their own.

The majority of lobsters will only turn into a red color once they have been thoroughly cooked.

Typically, lobsters only turn a distinct red when they are cooked for a specific time in hot temperatures. Many scientists believe that this may be due to the natural pigment that these crustaceans have that is commonly used to blend in with their surroundings to protect themselves from predators.

Lobsters have two special molecules called carotenoid and crustacyanin which allows them to change color. When this molecule is released, it becomes the color red that we are all familiar with before consuming the crustacean.

The color red is considered to be the rarest hair color.

With only 1 to 2% of the total world population having the special gene that causes it, the color red occurs the rarest in terms of natural hair. Thanks to a genetic mutation referred to as MC1R, this recessive gene that can only be attained through genetics.

However, due to this genetic mutation, those with naturally red hair are more prone to attaining sunburns and skin cancer because their bodies do not naturally develop Vitamin D that helps their body. Redheads are also considered to be more prone to pain and may need more anesthesia compared to other people with darker or blonde hair.

The red fox is considered to be the largest among the family of true foxes.

Commonly known as the Vulpes Fox, the red fox is the largest species found in the group of true foxes. Found in the entirety of the Northern Hemisphere and the majority of Northern America, the red fox is also one of the most widely-distributed members of the Carnivora group.

The red fox diet mainly consists of small animals such as mice, squirrels, gophers, rabbits, and small birds. Additionally, these foxes can also consume fruit such as wild berries, apples, plums, grapes, and other plant life.

There are approximately 40 different shades of the color red.

Most shades of the color red can also be attained by mixing levels of white or black to the color, turning it darker or lighter as preferred. However, those with color blindness, may have difficulty in distinguishing the different shades of red from one another.

Red wine is considered to be the most popular variant of wine in the world.

Among the variants of red wine, the Cabernet Sauvignon is considered to be the most popular type in the world. The Cabernet Sauvignon is made with full-bodied red grapes that are heavily planted in the Bordeaux region of the country of France and are best known for its full and rich flavors that include a hint of woodsy and herbal flavors.

Due to its high tannins rate and its level of perceptible acidity, red wine also has great potential for aging. Additionally, this wine is commonly served with food to bring out its aromatic flavors.

In the Batman comics universe, Red Hood was previously known as Robin and Batman’s sidekick.

In the universe of the bat-themed superhero, Red Hood was originally the second Robin who took on the mantle after the original Robin, Dick Grayson had adapted to his own superhero identity, Nightwing. In the comic universe, there have been two major incarnations of the crimefighter Red Hood, with the most widely-known version portrayed by Jason Todd after retiring from his role as the second Robin.

In the most commonly known storyline, Jason Todd turns into Red Hood after he is resurrected by the Lazarus Pit and his personality is twisted as a side effect of his resurrection. While he no longer works with Batman, Red Hood continues to actively cleanse the city of Gotham of corruption, violence, and illegal acts of crime as an anti-hero.

Human blood is the color red due to a certain protein.

Found in all humans, the protein hemoglobin carries oxygen around the body to keep its organs functioning properly. Human blood gets its red color from the process of hemoglobin delivering oxygen into the lungs, which then travels around the body.

On average, one human red blood cell has around 270 million hemoglobin proteins that each carry four heme groups that oxygen binds to. This would imply that a single red blood cell is made up of 95% of this protein, which also makes up most of its dry weight.

Commonly referred to as optical albinism, this phenomenon makes the eyes appear red to the naked eye. Typically caused by a genetic mutation or defect in several genes, albinism makes the body unable to produce melanin.

This gene can also be inherited when one parent possesses these genes and is passed on to the child. Additionally, it has been stated that this condition cannot be cured by medical means. 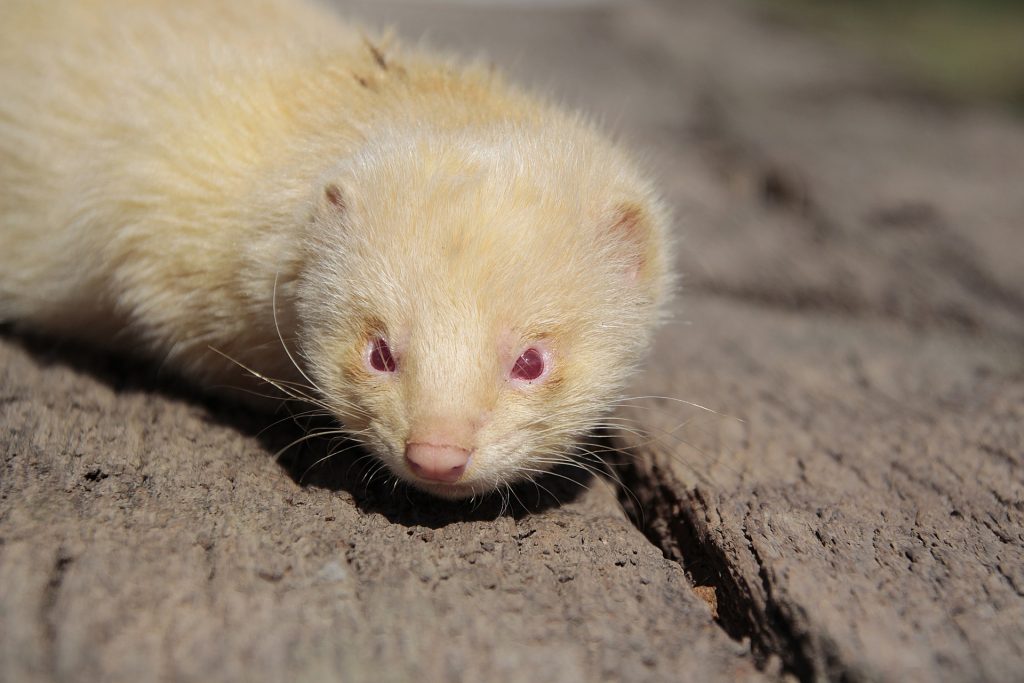 Read also: 50 Sweet Valentines Day Facts To Share With Your Loved One

Little Red Riding Hood is one of the most popular children’s tales in European countries.

The tale of the Little Red Riding Hood follows a young girl who is pursued by a wolf on her way to visit her grandmother. Originating from the early 10th century, this classic story has been made into various versions in many different countries over time.

The most well-known version of this children’s tale is written by Charles Perrault, which teaches children that they should not speak with strangers to avoid trouble and danger.

Read More
FFacts
One of the first games you’d learn about as a kid is rock paper scissors. While it may…

Read More
FFacts
Are robots taking over the world? The jury’s out on that one. But what we do know is…