50 Refreshing Snapple Facts About The Drink Of The 90s

Along with Coca-Cola and Pepsi, Snapple has gained a reputation as one of the world’s most famous non-alcoholic commercial drinks. With the help of TV advertising and pop culture, Snapple defined the 90s as the go-to refreshing drink aside from Pepsi or Coke. To this day, Snapple sells over $6 billion every year around the world. While this brand may be nostalgic, there’s still a lot you might not know about it. Quench your curiosity with these Snapple facts.

In 1972, childhood friends Leonard Marsh and Arnold Greenberg co-founded Snapple with Marsh’s brother-in-law, Hyman Golden. Originally, they established the juice supply company as Unadulterated Food Products in Long Island, New York. In 1980, the co-founders changed the name to Snapple after a batch of carbonated apple drink bottles burst open due to fermentation.

Arnold Greenberg helped his father in their business initially.

Early in his life, Arnold Greenberg assisted his father in their family business of selling fishes and side dishes such as herring, lox, and pickles in New York. After a while, he transitioned to a new business venture in 1972.

Leonard Marsh also had a different business before he joined the Snapple partnership.

Prior to joining the Snapple Beverage Corporation, Leonard Marsh ran a window-washing business with his brother-in-law, Hyman Golden. In a 1989 interview, Marsh even claimed that when they co-founded Snapple, he knew as much about juice as making an atom bomb.

Hyman Golden did not have a formal education.

Born to a Jewish family in New Jersey, Hyman Golden once served in the United States Air Force. Although Hyman did not have a formal education, he pursued a career as a business broker, which eventually led him to being one of the key figures of Snapple.

‘Snapple’ came from the words “snappy” and “apple.”

Although their company originally offered healthy juices, the Snapple co-founders experimented with a carbonated apple drink. After a batch of their experiment burst open, the founders cleverly named it Snapple as a shortcut for snappy apple.

Since the iconic apple flavor introduced in the 1980s, Snapple has offered many different varieties over the years. Currently, the company operates under Keurig Dr Pepper. 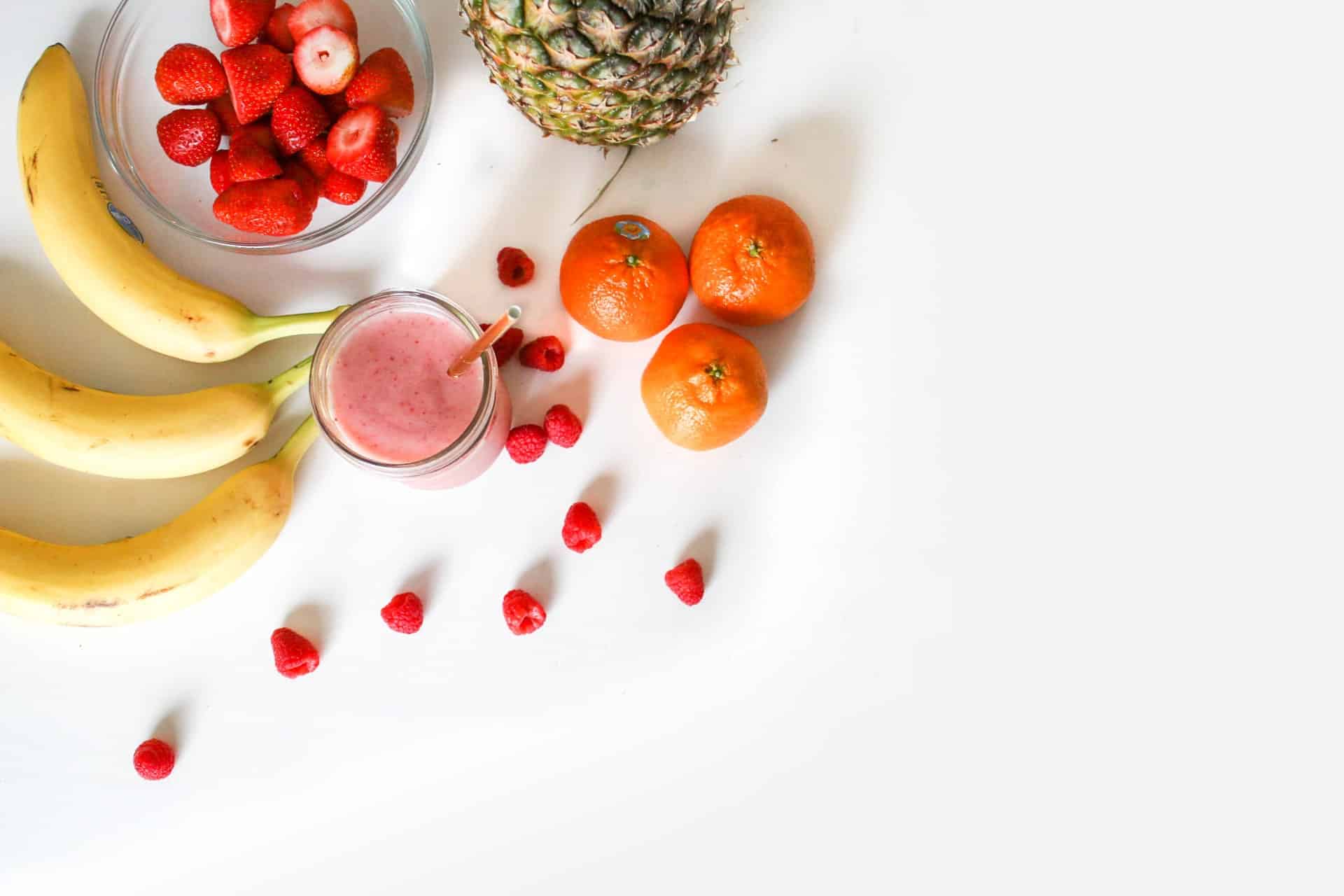 Snapple claims to be “Made from the best stuff on Earth.”

Ever since its introduction, Snapple has used the slogan: “Made from the Best Stuff on Earth.” Snapple became popular in the 90s due to a series of TV ads that featured American TV personality Wendy Kaufman reading letters from fans. Because of these TV ads, Kaufman then became known as the Snapple Lady.

You can hear a popping sound once you open Snapple’s glass bottles.

Each Snapple bottle comes airtight-sealed in order to preserve the freshness of the product. Therefore, that popping sound you hear once you open a new bottle indicates its freshness.

Snapple flavors can differ from region to region.

Snapple has several facilities across the United States which specialize in various flavors. This is also why some flavors of Snapple can only be found in specific regions.

Read also: 50 Ice Cream Facts That Are Oh So Sweet

In April 1999, Snapple released a new juice line based on the elements of the Earth called Snapple Elements. From its original launch, the flavors included Fire, Sun, Rain, and Earth. Later on, the list of flavors expanded to include tea and energy-infused flavors.

Shortly after releasing Snapple Elements in 1999, Snapple received Beverage World’s Globe Design Gold Award for its overall design. Sadly, Snapple had to discontinue the line in 2005 as sales dropped.

Snapple Elements had over 15 different flavors.

Snapple does not contain caffeine.

All of Snapple’s tea products such as peach tea, raspberry tea, lemon tea, and green tea have caffeine. However, all other Snapple drinks are caffeine-free. Definitely one of the Snapple fats to keep in mind if you have food sensitivities.

On average, Snapple’s tea beverages have 120 to 160 calories.

For instance, Snapple’s raspberry tea has 150 calories with 36 g of sugar and 37 mg of naturally occurring caffeine. Most Snapple drinks are a mix of filtered water, sugar, citric acid, tea, and natural flavors.

Snapple’s diet teas only have 10 calories or less.

Typically, Diet Snapple only has around 5 calories, compared to the usual 150 calories of its regular drinks. Diet Snapple retains most ingredients of the regular variants, save for aspartame, potassium citrate, and malic acid as flavor substitutes for sugar.

It may seem ironic given its name, but signature Snapple doesn’t have apples in its ingredient list. Instead, the company has confirmed that it uses pear concentrates for its fruity flavor.

Snapple believes that aspartame is safe.

Some studies suggest that regular consumption of aspartame may increase the risk of metabolic diseases among other complications. However, the company believes that aspartame is one of the most examined and tested products in the FDA’s history. With over 150 studies, the FDA has declared aspartame as safe to consume.

If you’ve noticed, most of Snapple’s juices contain citric acid. Aside from providing a tangy kick to their drinks, citric acid also functions as a preservative.

The Snapple logo only has 2 variations.

Snapple’s first logo simply featured the product name in an italicized serif font inside an oval symbol with the letter “S” and “l” overlapping. Another variation of this logo has a smiling face of the sun at the back of the word Snapple. How’s that for interesting Snapple facts?

Snapple launched its second logo in 2008.

Unlike the original italicized logo, Snapple’s new logo featured a normal text with softer edges in the letterings. Furthermore, the new logo got rid of the oval design surrounding the word, also changing the letters a and e significantly.

The latest Snapple logo combines their past logos.

Their current logo still features a slightly slanted text with softer edges without the oval design. On top of the Snapple logo sits a sunrise with the words “All- Natural.”

Many people didn’t like Snapple’s shift of glass bottles to plastic bottles.

According to its critics, Snapple switched from glass to plastic in 2018 to increase profit. Just like any other company, this is a common way to cost cut expenses. However, environmentalists have since spoken against this choice and how it contributes to plastic pollution.

Snapple’s plastic bottles are made from non-BPA.

While less eco-friendly than glass, Snapples’ plastic bottles use Bisphenol A (BPA), an organic synthetic compound. This means you’re assured that its juices, teas, and other beverages are safe to drink. Furthermore, BPA is also recyclable, much like their glass bottles.

Most of Snapple’s products are kosher.

Kosher foods and beverages follow the Jewish dietary regulations of kashrut. That said, most of Snapple’s products are either kosher or kosher-DE (dairy equipment). Individuals who are particular with it may verify whether it’s certified kosher by looking for the kosher symbol on the label.

In 2002, the manufacturers of Snapple began printing “Real Facts” inside their products’  bottle caps. However, experts have since ruled out most of this information as outdated, exaggerated, or outright myths.

About Fairness And Female Relationships

Read More
FFacts
Sir Isaac Newton is one of the first names you’d hear about in your science and math classes.…