Officially nicknamed the “Natural State” (formerly the Bear State), Arkansas was the 29th state to join the United States of America on June 15, 1836.

Arkansas is bordered by the states of Mississippi, Missouri, Oklahoma, Tennessee, Texas and Louisiana.

The capital of Arkansas is Little Rock, situated in the center of the state.

That’s the basic facts about the way; now let’s look at the 15 most interesting facts about Arkansas!

Arkansas is not pronounced the same way as Kansas. 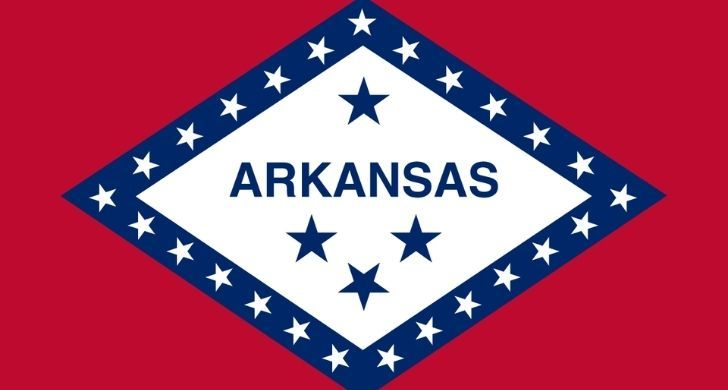 While it is most likely that Arkansas and Kansas both come from the same route word, their pronunciation is wildly different.

Arcansas itself is confusing though, as it is the plural form of a transliterated word, akansa.

Akansa was the Algonquian word for the Quapaw people, the indigenous people to settle in modern-day Arkansas before European settlers arrived.

For a long time there was a debate whether to pronounce the state’s name in the French fashion, making the last “s” silent, or to pronounce it in a similar way to Kansas.

This was eventually settled in 1881 as the former, and has since been pronounced as “Ar-ken-saw.”

Arkansas’ nickname was part of a state tourism advertising campaign. 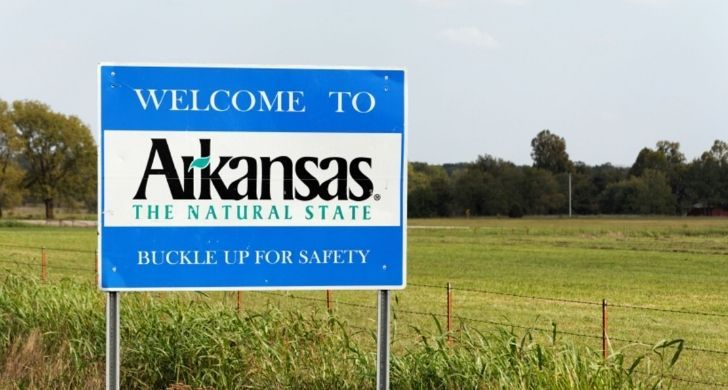 Arkansas’ state nickname for a long time running was “The Bear State”, as when the first European settlers came to Arkansas they found the state to be home to a large number of bears.

In the 1970s the state’s nickname was officially changed to “The Natural State”.

This was an attempt to boost tourism to the area, as tourism is regarded as highly important to the state’s economy.

More than half of the entire state is forested. 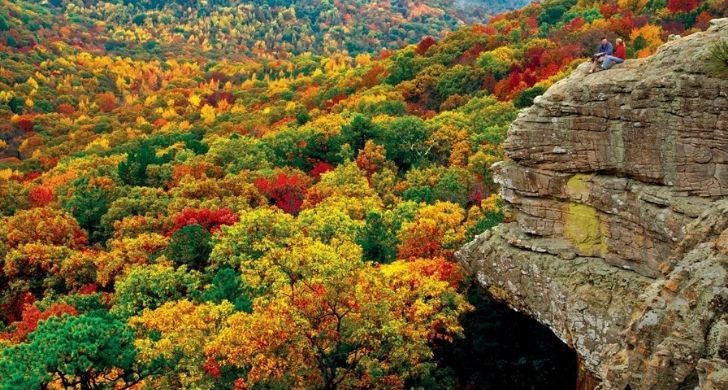 Across all this forestland there are approximately 11.8 billion trees.

Interestingly enough, not even half of the forested areas of Arkansas are part of national forests – just 13%.

Private landowners actually own the vast majority, owning a massive 58%!

The first explorers to reach Arkansas were the Spanish. 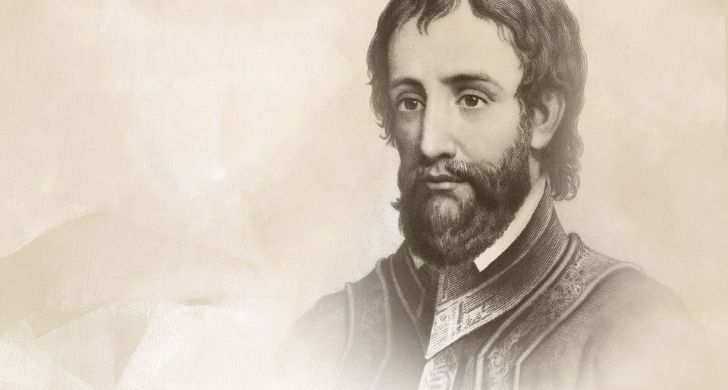 The Spanish conquistador and explorer Hernando de Soto was the first to lead an expedition into modern-day Arkansas in 1541.

Hernando crossed the Mississippi River and explored far into central Arkansas before returning back to the river after finding little of interest to him or Spain.

In an area that is most likely to now be McArthur, Mississippi, Hernando fell ill and died.

His men continued on south to Texas, before running out of food.

They then proceeded to return to Arkansas where they built a fleet of boats with which to navigate down the Mississippi towards Mexico.

The first European settlement in Arkansas was established by the French. 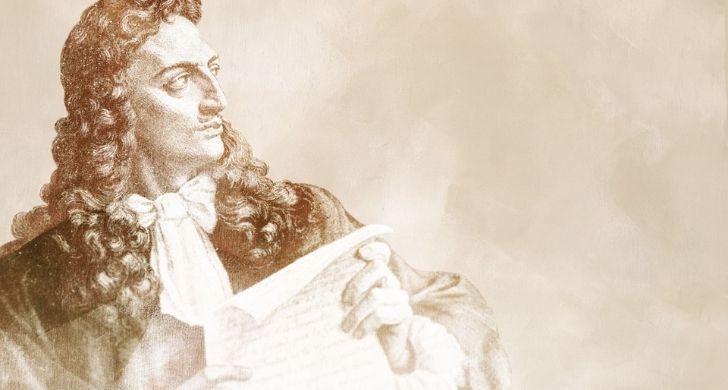 Henri went on to establish the very first European settlement of the territory, Arkansas Post, in the lower Mississippi valley region of Arkansas in 1686.

It was around this time that the French name “Arcansas” came to be used to refer to the surrounding area.

Arkansas Post was the capital of Arkansas for almost 200 years, only changing to Little Rock in 1836.

The site of Arkansas Post is now a part of the Arkansas Post National Memorial protected area, which encompasses 757.51 acres (306.55 hectares).

The 42nd president of the United States was from Arkansas. 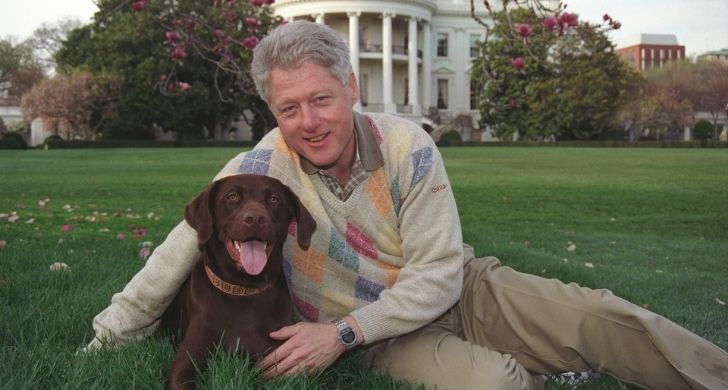 William Jefferson Clinton (most commonly known as Bill Clinton) was born in the small town of Hope, in southwestern Arkansas.

His father was a traveling salesman, who died shortly before he was born, and his mother left him with her parents to study nursing in New Orleans.

At the age of 17 he was inspired to join the ranks of public servants after meeting John F. Kennedy, and after watching Martin Luther King’s “I have a dream” speech on TV.

At the age of 32 he became the youngest governor in the country, when he was elected governor of Arkansas.

He then spent the next couple of decades in and out of office, before running for president in 1992.

Running against George H. W. Bush, Bill Clinton won with a landslide and was inaugurated as the 42nd president of the United States on January 20, 1993.

A high school in Arkansas’s capital was a battleground for civil rights in 1957. 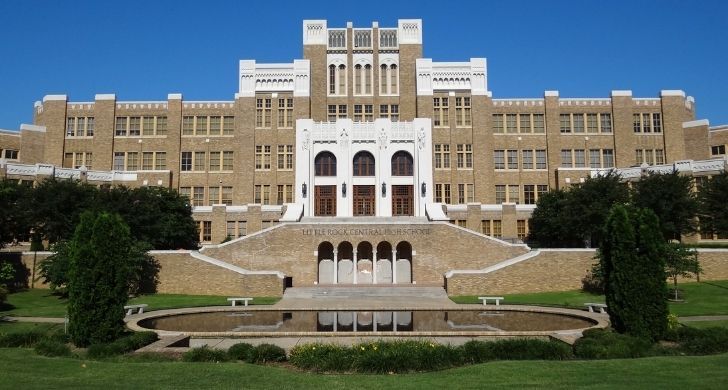 In 1954 it was deemed that segregation in public schools was unconstitutional, but it took some time for this to take effect in Arkansas.

The issue came to a tipping point in 1957 with the Little Rock Nine, a group of nine African American students who attempted to enroll at Little Rock Central High School.

The governor of Arkansas was strongly opposed to the idea though, so he ordered the state’s National Guard forces to attend the high school to prevent the Little Rock Nine from entering.

When news of this reached president Dwight D. Eisenhower he immediately made moves to intervene.

After three weeks of attempts to reach out and reason with the governor of Arkansas, the president had to resort to force.

As a result, the president sent 1000 troops from the 101st Airborne division of the US army to escort the children to school.

This event is seen to be a cornerstone of the US civil rights movement.

Arkansas has the only active diamond mine remaining in the USA. 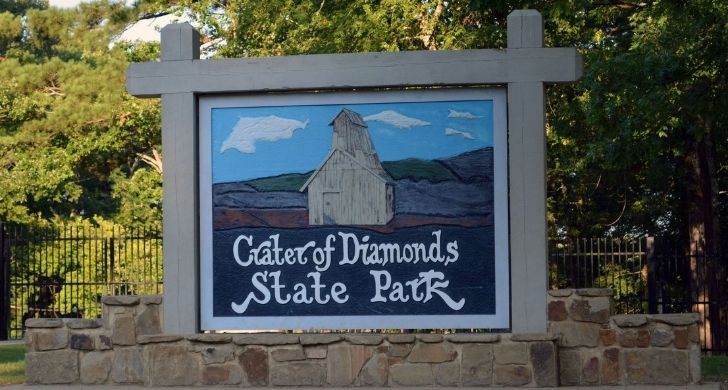 The last place left in the US that you can mine for diamonds is in the Crater of Diamonds State Park, located in Pike County, Arkansas.

There were actually only ever two diamond mines in the entirety of the US, with the other one being the Kelsey Lake Diamond Mine in Colorado.

The biggest draw to the Crater of Diamonds state park these days though is the fact that you can actually try your own luck digging for diamonds!

Arkansas has its own version of Bigfoot. 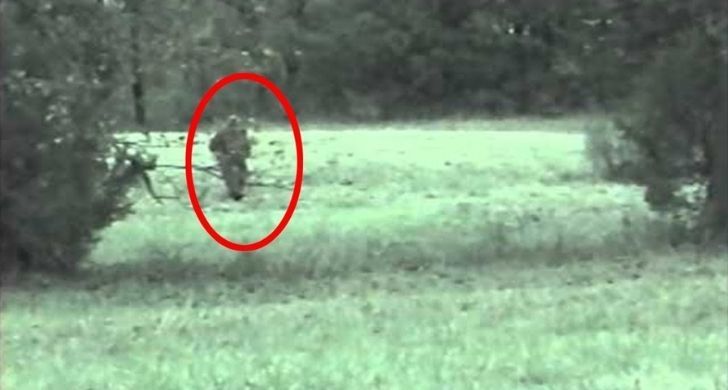 Most people may have heard of the US folk legend Bigfoot, otherwise known as a Sasquatch.

Less known though is Arkansas’s very own version – the Fouke Monster.

This legendary beast is said to be about 7 feet (2 meters) tall, and appears similar to other hominids like gorillas, but is covered in long, dark hair.

It’s been reported to be around the area of Miller County, Arkansas since the 1960s, rising to national attention in the 70s.

The Fouke Monster’s rise to fame is attributed to an incident on the night of May 2, 1971, when it reportedly attacked someone’s home.

Arkansas is home to some pretty bizarre laws. 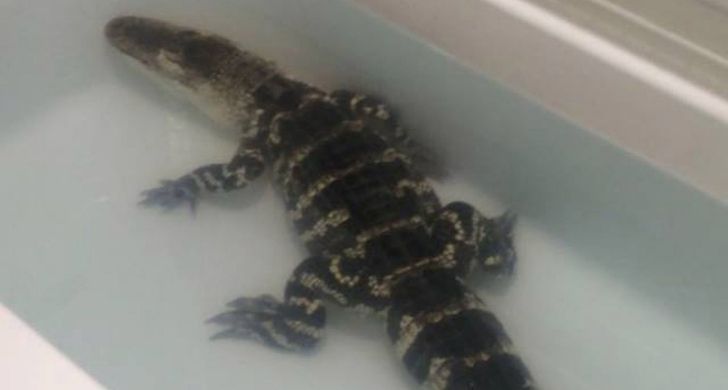 Over the years Arkansas has built up a pretty strange collection of laws. While some of them have been repealed, there are still a few relics left.

For a period of time it was illegal for the Arkansas River to rise above the main street bridge in the capital of the state, Little Rock.

Another bizarre law from Little Rock is that it’s illegal to honk a car horn after 9pm in the vicinity of establishments that sell sandwiches or cold drinks.

Yet another odd law that’s more urban legend than history is that it was illegal to keep an alligator in a bathtub.

Arkansas is a pretty resourceful state. 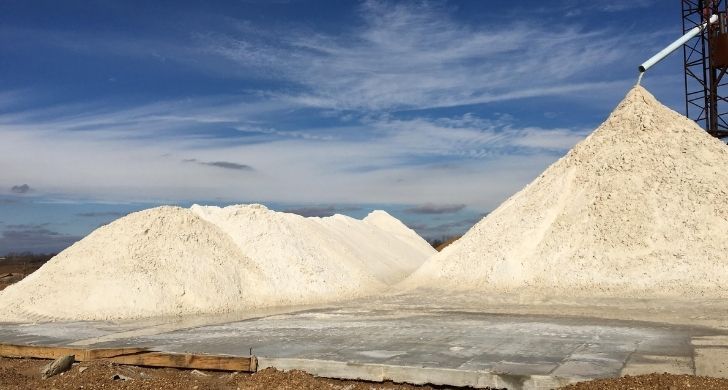 It could be said that Arkansas’s nickname of “The Natural State” doesn’t just apply to the boundless nature to be found.

It could also be said to refer to the incredible variety of natural resources found in the state.

In the 20th Century, for example, over 90 percent of the US’ bauxite (necessary in the production of aluminum) was mined in Arkansas.

Other resources found in the state are petroleum, silica, and natural gas.

Cheese dip was invented in Arkansas. 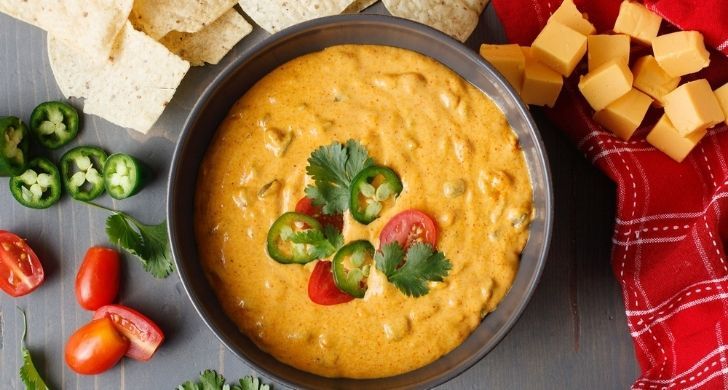 Way back in 1935, a genius by the name of Blackie Donnelly invented the ever-popular tabletop condiment cheese dip.

Blackie was the original owner and proprietor of popular Arkansas chain Mexico Chiquito.

Cheese dip is so popular in Arkansas that local filmmaker Nick Rogers created a documentary about the origins and impact of cheese dip on the state, titled “In Queso Fever: A Movie about Cheese Dip”.

The documentary went on to be a smash hit, at least locally, with Nick Rogers going on to create the World Cheese Dip Championship!

The oldest protected parkland for recreational purposes lies in Arkansas. 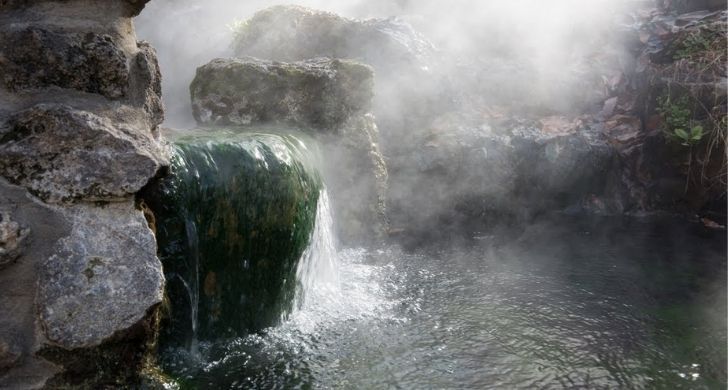 Many may know that the first official National Park in the US was Yellowstone National Park, created in 1872.

Lesser known is the story of Hot Springs National park, situated to the south-west of Little Rock, Arkansas.

The area of land which this park now rest on was originally set aside as a protected area for the purposes of recreation in 1832, some 40 odd years before Yellowstone!

While Hot Springs National Park didn’t become an official park until 1921, some will argue until the day they die that it was the first US park!

It was possible for a time to ride ostrich-pulled wagons in Arkansas. 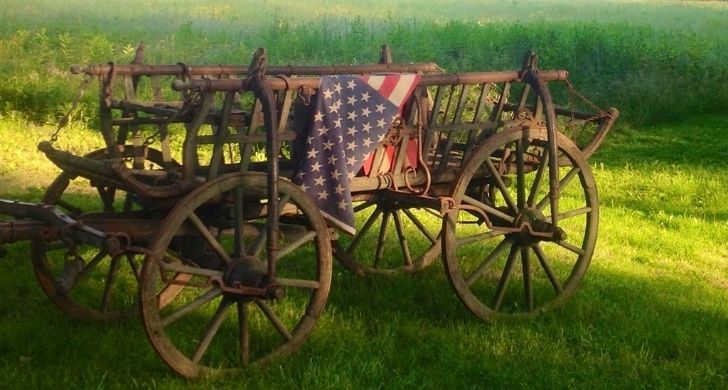 Another interesting part of Hot Springs National Park’s history is tied to ostriches.

Back around the beginning of the 20th Century, the National Park was home to the largest ostrich farm in the US.

Here there was a range of activities available to the discerning tourist; from riding in ostrich-pulled wagons to watching them race!

It’s said that you can see the ghosts of Spanish Conquistadors in Arkansas. 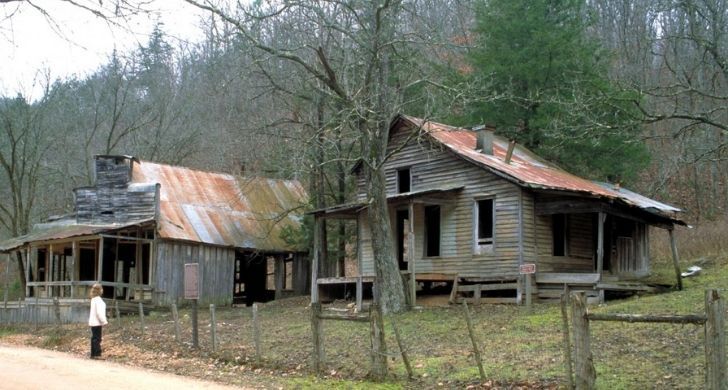 If you make your way out to the town of Dover, Arkansas, you may just be able to experience the unexplained phenomenon called the “Dover Lights.”

Just outside of the town there is a point where you can take in views right across the Ozark valley.

At night you can sometimes glimpse lights that flicker, sway, and even change color.

Skeptics would be quick to the point that this is most likely light pollution from various electronic sources across the valley if there wasn’t just one catch – the Dover Lights have been reported in the region before electricity was introduced.

The legend attached to this phenomenon is that they are the ghosts of Spanish Conquistadors that came to the region with Hernando de Soto searching for gold.

Like all southern states, Arkansas is rich with history.

While some parts of it we may wish to forget, there are many other examples which make the state shine, or at the very least pique your curiosity!

No matter what, though, there’s definitely something for everyone that visits the Natural State.

In Arkansas it is illegal to honk a car horn after 9pm in the vicinity of establishments that sell sandwiches or cold drinks.

How Does Classical Music Affect The Brain?

Read More
FFacts
Urchins are beautiful creatures of the sea that can be found in many places across the globe. There…

Read More
FFacts
Here are 5 things you should know. 1. People dealing with depression can find it incredibly hard to…